Documentary to premiere on National Coming Out Day 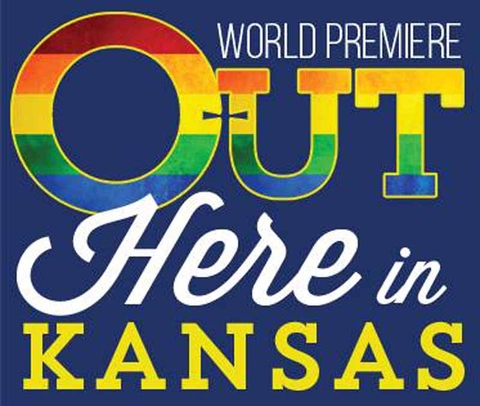 National Coming Out Day will see the world premiere of “Out Here In Kansas."

This year’s National Coming Out Day will see the world premiere of “Out Here In Kansas,” a documentary exploring the relationship between Christians and the gay community. The premier was originally planned for the Kansas International Film Festival in November, which is reflected in The Gayly October print issue (documentary review, page 30).

The premiere will be on Tues., Oct. 11 at Roxy’s Downtown, 422 ½ E. Douglas in Wichita. Doors at Roxy’s will open at 6 p.m. for those wishing to order dinner and drinks. A social hour begins at 6:30 and the half-hour documentary will be shown at 7:30, followed by a filmmakers Q&A around 8 p.m. Tickets are $5 and can be purchased at the door.

“Out Here in Kansas” is based on a pair of news articles, published 14 years apart by longtime journalist Adam Knapp, who directed the film. It centers around three people:

• Burt Humburg, a fundamentalist Christian who realized he was gay as he was winding up his career as an All-American football player.
• Joe Wright, Burt and Adam's former pastor, who was instrumental in making gay marriage illegal in Kansas.
• Adam Knapp himself, who felt God put him in a unique position to seek answers from the polar opposites and tell their story.

Knapp arranged for Humburg and Wright to have a discussion. It was the first time they'd interacted in nearly 20 years. In the meantime, Knapp unexpectedly became part of the story.

“Out Here In Kansas” will appear in the Kansas International Film Festival Nov. 4-10 in Overland Park. For more information, or to see the trailer, visit OutHereInKansas.com.

About the director:Adam Knapp has been a journalist his entire adult life and has worked in all mediums of news: print, television, radio and online. He won three national sportswriting awards for the Wichita Eagle and has covered more than 300 Wichita State basketball games. He also created, edited and eventually sold a newspaper in Andover. His first attempt at screenwriting, a dark comedy called "Cinderella Boy," advanced to the worldwide quarterfinals of Final Draft's Big Break contest. "Out Here In Kansas" is the first film he's directed.Contact: Adam Knapp, (316) 390-0681