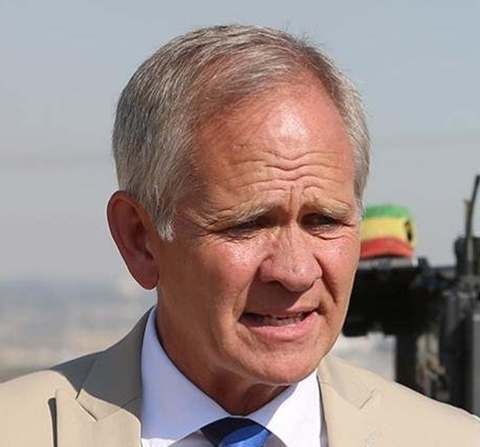 Ed Smart, whose daughter Elizabeth Smart was abducted in 2002, has announced that he is gay but says he is not leaving the Church of Jesus Christ of Latter-day Saints.

Smart, 64, of Salt Lake City, said it has taken most of his life to accept his sexual orientation.

Smart is divorcing his wife, Lois, but said he's not leaving her for someone else. The divorce, he explained, is in the interest of fairness to everyone.

"Never wanted to live with regret," he said. "My belief was something that was very difficult to come to terms with. I tried and I tried to reconcile my beliefs, and I could not. Therefore, I no longer accept the guilt and the shame that I have basically had my whole life."

Smart said he hasn't removed his name from the church, though "if they were to push me to do so, I would." For now, he's still a member, but he said religion makes it very difficult to identify with something "that is so put down upon."

"The trauma that occurs -- keeping that inside -- it makes you miserable," he said. "I don't think God wants us to be miserable."

The church used to consider same-sex couples to be "apostates," but the rule was dropped this year. However, the church said it still considers such marriages to be a "serious transgression."

Smart and his family were thrust into the spotlight in 2002, when Elizabeth, then 14, was abducted from their home. She has said that she was kept tethered to a tree and raped repeatedly during her captivity. In 2003, she was found walking down a Utah street with her kidnappers, just 5 miles from her home. One of the kidnappers was released from prison last year.