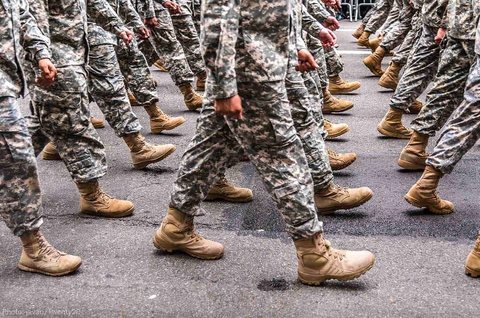 Early last week the media was awash with reports that the military would begin accepting transgender recruits on January 1. That’s what an order in one of the court cases against the ban requires. Three separate federal courts have ruled against the ban. But, according to the ACLU, there is still a possibility that the January 1 date will slip.

“Widespread misinformation about the status of the ban gave a false sense of security that trans people will be able to enlist in the military once the new year begins,” an ACLU report says. “But in reality, the Defense Department is fighting back in court to stop transgender people from enlisting and continuing to try to implement the president’s discriminatory ban targeting transgender individuals who currently or intend to serve in the military.”

On Tuesday, December 12, government lawyers filed an emergency stay application seeking to continue to bar transgender enlistment. The administration is fighting all three lawsuits with filings seeking to delay the January 1 deadline set by the court order.

The dueling filings continued on Thursday.

“On Thursday, the Trump administration filed a motion with the U.S. Court of Appeals for the Fourth Circuit to stay part of the district court’s injunction in the ACLU’s case challenging the ban, Stone v. Trump. The administration also filed a comparable motion to stay the order in the district court, which has not yet ruled on that motion,” the ACLU said in a statement.

“The ACLU filed briefs on Friday in the district court and today at the appeals court opposing the government’s motions, arguing that allowing the ban to go into place would cause irreparable harm to current and potential service members who are transgender.

“Three courts have now held that President Trump’s attempt to ban transgender people from the military is blatantly unconstitutional, but the Pentagon continues to drag its heels and try to implement Trump’s discriminatory ban,” said Josh Block, senior staff attorney with the ACLU LGBT & HIV Project. “The ACLU will fight every step of the way for the right of transgender people to live and serve their country with dignity, and we won’t stop until the full ban is struck down permanently.”

The Gayly will continue to follow the battle to allow transgender military members. Watch www.gayly.com and our Facebook page – The Gayly – for updates.