Elizabeth Warren: World AIDS Day reminds us of this 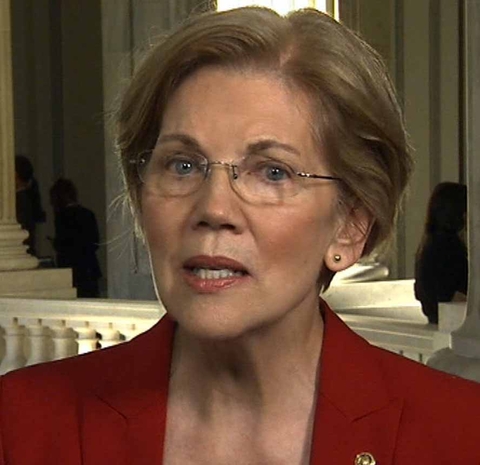 Senator Elizabeth Warren from Massachusetts. She is also a Democratic candidate for president in 2020. CNN photo.

On World AIDS Day, our communities gather to remember the many lives lost to the AIDS epidemic, and we stand shoulder to shoulder with those who live today with HIV. We grieve for those lost during the decades when our government willfully ignored the epidemic rather than confronting it seriously. And we recommit ourselves to further preventing the spread of HIV, treating everyone who is infected, working to find a cure and ending the domestic HIV epidemic by 2025.

Since the 1980s, 75 million people have been diagnosed with HIV around the world, and approximately 32 million have died. And while we have made incredible strides toward ending the epidemic, HIV and AIDS remain a public health crisis. Nearly 38 million people live with the virus today, including more than 1 million in the United States -- with a higher prevalence among LGBTQ+, black and Latinx communities, where people often face multiple systemic barriers to accessing the care they need.

Thanks to medical advancements in recent years, individuals who receive antiretroviral treatment have life expectancies that are near average. But for those without access to life-saving medication, the prognosis is quite different.

People living with HIV have historically faced a number of barriers to accessing care due to pre-existing conditions, restrictive eligibility requirements and high costs from insurance companies. Communities of color also have to contend with systemic racism when it comes to accessing health care and other services.

As President, I will work to ensure that everyone with HIV has high-quality health coverage -- and that means Medicare for All. Thanks to medical advances, a person living with HIV on regular antiretroviral treatment will reduce their viral load so that it is undetectable and, therefore, untransmittable.

However, some forms of this therapy can cost up to $39,000 per year, putting it out of reach even for people with insurance. Under Medicare for All, everyone will be able to receive the treatment they need.

I will also fight to increase critical federal funding for the Ryan White program, which helps fund treatment and other services for low-income people living with HIV, research at the National Institutes of Health, and other federal institutions to continue the search for a cure. In my first year as president, I'll use existing authorities to facilitate the production of an affordable version of pre-exposure prophylaxis, or PrEP, a drug that can reduce the risk of HIV from sexual activity by up to 99%. We must also work to diversify clinical trials to ensure that life-saving drugs, some of which are currently approved only for men and transgender women, work for everyone. Together, these changes will lower costs and make PrEP available to everyone who needs it.

About one in 10 people are newly infected with HIV in the US because of injection drug use, which means we must address the opioid crisis. My CARE Act, introduced with my late friend Rep. Elijah Cummings, commits $100 billion over 10 years directly to the communities hardest hit by the opioid epidemic, and includes real investment in harm reduction and dedicated funding for underserved populations such as those living with HIV.

We also need to expand our efforts to fully beat this disease abroad. Globally, many people still struggle to get tested, access treatment and afford ongoing care, particularly in low- and medium-income countries. The criminalization of sexual and gender minorities and the stigma associated with HIV contribute to its spread and prevent some who need it from seeking medical attention. Women and girls are also disproportionately affected by HIV, and sexual violence and disempowerment can cause them to be less likely to receive treatment.

As President, I will push to expand the President's Emergency Plan for AIDS Relief (PEPFAR), which funds vital services for individuals living with HIV or AIDS overseas and is a pillar of global pandemic prevention. I'll repeal the Trump administration's heartless Global Gag Rule, which makes organizations that conduct or refer patients for abortion ineligible for PEPFAR funds and harms patients at those clinics.

I'll prioritize the Global Health Security Agenda through aid that builds capacity and funding to strengthen health systems around the world so they can respond when a public health crisis strikes. And I'll lead the world in promoting effective multilateral action, including through UNAIDS and the Global Fund to Fight AIDS, Tuberculosis, and Malaria. And in all our development assistance, I will work to protect the rights of the most vulnerable.

Earlier this year, President Donald Trump pledged to eliminate HIV transmission in the United States by 2030 -- but he has failed to invest in the social and public health supports necessary to achieve this ambitious goal. Even worse, he has put in place policies that build mistrust in Black, Latinx, and LGBTQ+ communities.

We need more than words on paper to combat this virus. We need a government-wide approach that prioritizes comprehensive services including housing, mental health care and robust support for community health centers. We need to repeal laws and regulations that discriminate against or even criminalize people living with HIV. We need policies that lift up communities affected by the virus here at home, and support countries and people struggling under the weight of the epidemic around the world. Only then will we achieve the goal of a world free of AIDS.

Editor's note: Elizabeth Warren is a US senator from Massachusetts and a Democratic candidate for president in 2020. The opinions expressed in this commentary are hers.
From the CNN-Wire™ & © 2019 Cable News Network, Inc., a WarnerMedia Company. All rights reserved.