The fate of “Southwest's Largest Gay Resort” hangs in the balance

$2.4 million is the listing price for what many call the anchor of the Oklahoma City Gayborhood, the Habana Inn.

Located at NW 39th and Penn, the Habana Inn is home to many LGBT-friendly hot spots. The resort is home to two nightclubs, Copa and Finishline; a piano bar, Ledo Lounge; one restaurant, Gushers; and a gift shop, Jungle Red.

The property overview reads, “The hotel is known for its friendly staff, trendy bar and welcoming attitude to the LGBT+ community. The hotel is offered significantly under replacement cost and at approximate land value. With 4.14 acres and over 1000 feet of Interstate frontage the property is an excellent opportunity for a teardown and re-use.”

This property is many things, but to some, it’s home.

Wynter Summers has lived in the Habana for two years. 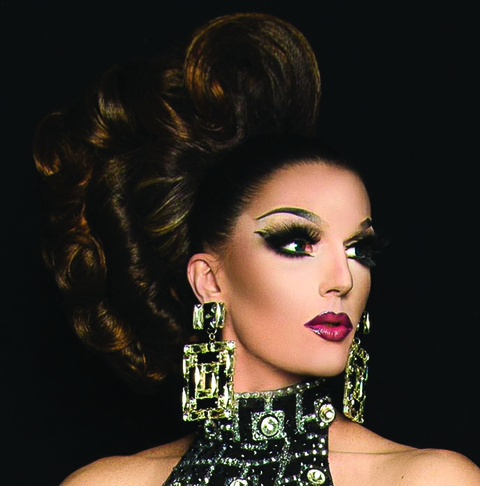 “It’s home. A haven, not just for me but many others too. When I was in Duncan, I lived with my mom. She doesn’t agree with my lifestyle, so things got sour fast. If it weren’t for this place, I wouldn’t have had anywhere to go.

“I live here and work here. I can always walk out of my door knowing I can be 100 percent myself.”

Summers performs onstage as a drag queen and competes in pageants in the Gayborhood.

“The Habana is a melting pot, I’ve seen so many amazing events, and I’ve met so many wonderful people. People can come here knowing there is no judgment and they are safe,” she explained.

Peter Holmes, the broker for the Habana Inn located in Oklahoma City, said, “The hotel has been run by the same family since 1993. They are historically hotel owners and ready to retire. So, they put the hotel up for sale.”

He continued, “The hotel has suffered in recent years from lack of capital improvements. The structure is somewhat dated. Revenue has continued to decline. It’s made it less attractive as a viable business.”

Summers hopes for a future for the Habana. “I want to see it stay; I don’t want it to go anywhere. I would love to see it grow and have renovations and improvements.”

Ron Anderson, a resident of Wichita, Kansas has a long history with the Habana Inn. “The first time I visited the Habana Inn was in 1991 or 92, with a friend of mine just to pick up some things at Jungle Red and I fell in love with the Habana. I’ve been down there many times. I’ve even performed as my alter-ego, Candice Capri, at the Copa.

“I’ve been down there for bowling league tournaments and the OKC Pride parade,” he said. “The possible loss of the Habana Inn and the bars inside would be a great loss for the community of OKC.”

For Anderson, the loss of the Habana Inn means losing a piece of his history, for Summers, it would mean the loss of his home.

“I’d be homeless. If it weren’t for the help of a dear friend and the Habana, I wouldn’t have had anywhere to go,” he said.

Summers recalled his first visit to the Habana, “My first night on [39th] was a night I’ll never forget. The very first club we went was the Copa. I met people who are still dear friends to this day, had the most fun I ever had, and knew the Copa and Finishline would always feel like home.

“This hotel is my home and safe place. All I can do is hope it stays that way,” Summers said in conclusion.

At the time of press, several offers have been made, but none accepted by hotel ownership.

Holmes concluded, “I think the likelihood is at least 50/50 it will stay like what it is today with new ownership.” He continued, “Most who have looked are looking at keeping it LGBT+ friendly.”