A first: Transgender professional boxer is now the face of Everlast 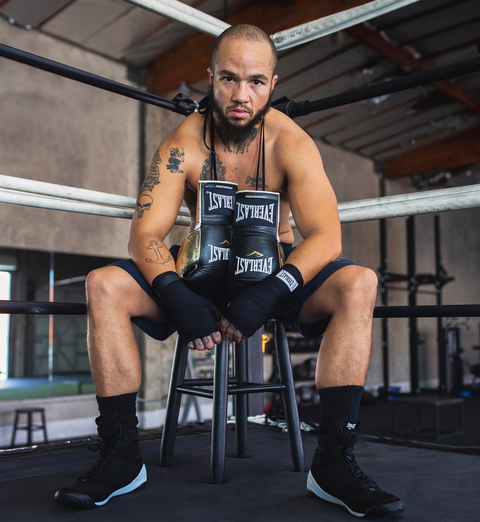 Everlast, the leading brand in boxing, has chosen an unlikely athlete to be the new face of the brand.

The company picked Patricio Manuel for its "Be First" campaign. Manuel is the first transgender boxer to compete professionally.

As a woman, Manuel was a USA National Amateur Boxing Champion and was invited to compete in the 2012 Olympics trials.

However, a shoulder injury during Olympic qualifying changed everything, Everlast said in a news release.

While Manuel was recovering from the injury he transitioned from female to male. It proved to be the toughest fight of his life.

He was shunned and abandoned by his trainers and gym, and he had to fight the boxing commissions until they recognized regulations on transgender people in the sport, the news release said.

Against all odds, Manuel fought his way back into the sport and became the first person to compete in a professional boxing match as a transgender fighter. On December 8, 2018, Manuel climbed into the ring against Hugo Aguilar at the Fantasy Spring Resort Casino in Indio, California, and came out a winner.

The six-year journey proved to be worth the wait.

"I'm incredibly honored to have been selected to tell my story in Everlast's Be First campaign," Manuel tells CNN. "Everlast is such a fixture in the sport and to have such an iconic athletic company recognize me as I am -- as a professional boxer who is transgender -- is a dream come true."

There may be no other fighter who embodies the campaign's focus on challenging people to carve their own path to success better than Manuel, and he is paving the way for others to follow him.

"At a time when transgender people are being questioned whether we have a place in the sporting world or even being recognized by the world at large, for Everlast to endorse me is huge," Manuel said. "It's a bold statement and I think it personifies the saying 'Be First.'"

"I really hope it pushes other companies to think outside the box. This world is so incredibly diverse, we all deserve to have our identities and stories highlighted."