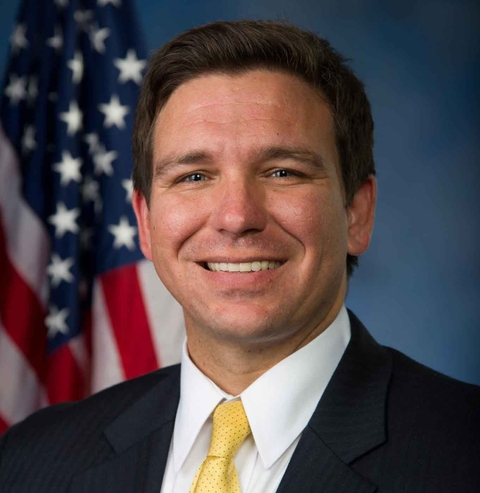 Fresh off his victory in the Florida Republican gubernatorial primary, Rep. Ron DeSantis said Wednesday that voters would "monkey this up" if they elected his African-American opponent, Andrew Gillum, to be governor, immediately drawing accusations of racism.

The remark provides a controversial beginning to what will be a closely watched general election for the Florida governorship, which pits DeSantis, who has closely aligned himself with President Donald Trump, against Gillum, a progressive backed by Sen. Bernie Sanders.

Calling him "an articulate spokesman" for the far left, DeSantis said during an interview on Fox News when asked about his opponent Gillum, "The last thing we need to do is to monkey this up by trying to embrace a socialist agenda with huge tax increases and bankrupting the state."

Gillum would become the state's first black governor if he were to win in November. Democrats quickly accused DeSantis of using racist dog whistles, which DeSantis' campaign denied.

"It's disgusting that Ron DeSantis is launching his general election campaign with racist dog whistles," Florida Democratic Party Chairwoman Terrie Rizzo said in a statement, which was cited by the Gillum campaign when asked for a response.

"On the first day of the general election, Ron DeSantis showed Floridians who he really is," Democratic Governors Association Deputy Communications Director David Turner said. "Resorting to dog whistle politics within hours of winning the GOP nomination shows a desperate candidate who will stoop to new lows in order to court and give voice to fringe elements of society. Floridians want a leader who will bring them together; Ron DeSantis has shown that he would only divide Florida."

A spokeswoman for Fox News reached out to CNN early Wednesday afternoon to distance the network from DeSantis' remark, saying, "We do not condone this language and wanted to make our viewers aware that he has since clarified his statement."

Stephen Lawson, the communications director for the DeSantis campaign, said he was referring to Gillum's policies in making the remark.

"Ron DeSantis was obviously talking about Florida not making the wrong decision to embrace the socialist policies that Andrew Gillum espouses. To characterize it as anything else is absurd," Lawson said. "Florida's economy has been on the move for the last eight years and the last thing we need is a far-left democrat trying to stop our success."