Forced away for being gay? 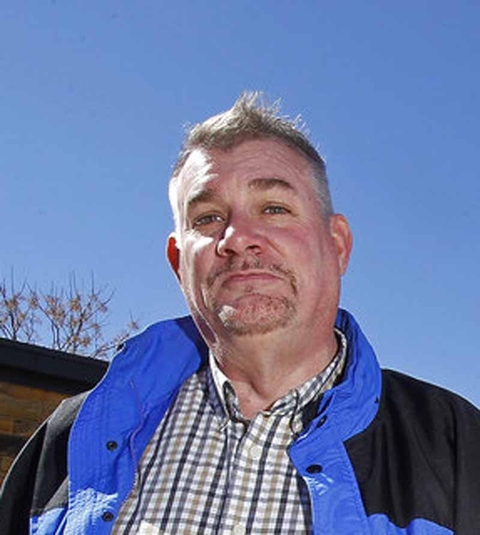 Randy Gamel-Medler asserts he is the victim of discrimination and harassment. Photo by Khampha Bouaphanh/Star-Telegram via AP.

As reported earlier this morning by The Gayly, a resident of a small town in Oklahoma has filed a federal lawsuit filed this week claiming, “community leaders tried to force him out because he was gay and because he and his partner brought a black child into the nearly all-white town.”

These community leaders are listed in the attached complaint.

Randy Gamel, 59, listed as Randy Gamel-Medler on the complaint, said he moved to Hitchcock, Okla., befriended neighbors, took an interest in town politics and soon became the town clerk.

Before long, Gamel-Medler began feuding with longtime locals over how the town should be run. "I think once I became clerk and they found out they had a queer clerk with a black kid running the city, it just drove them crazy and they couldn't take it. They tried everything to get me to quit.”

In May, his house burned to the ground in a “suspicious fire.”

“Once the house was burned ... I just couldn't put my son through any more of it,” he asserted.

Others, including a sheriff's official named in the complaint, say it was Gamel-Medler's behavior, not homophobia or racism, that led to problems. A criminal investigation into the fire is pending and no charges as yet have been filed.

“We must not forget that after years of progress, crimes of bias still exist,” said Freedom Oklahoma executive director, Troy Stevenson. “The allegations in Hitchcock are horrific, and show the intersection of hate aimed at the both the African-American and LGBTQ Communities. Freedom Oklahoma stands with all victims of bias, and will work vigilantly to ensure the state of Oklahoma passes Bias-Crime Protections for all Oklahomans."

"We lost everything from 27 years," said Gamel-Medler. He and his family have since moved away from Hitchcock. . 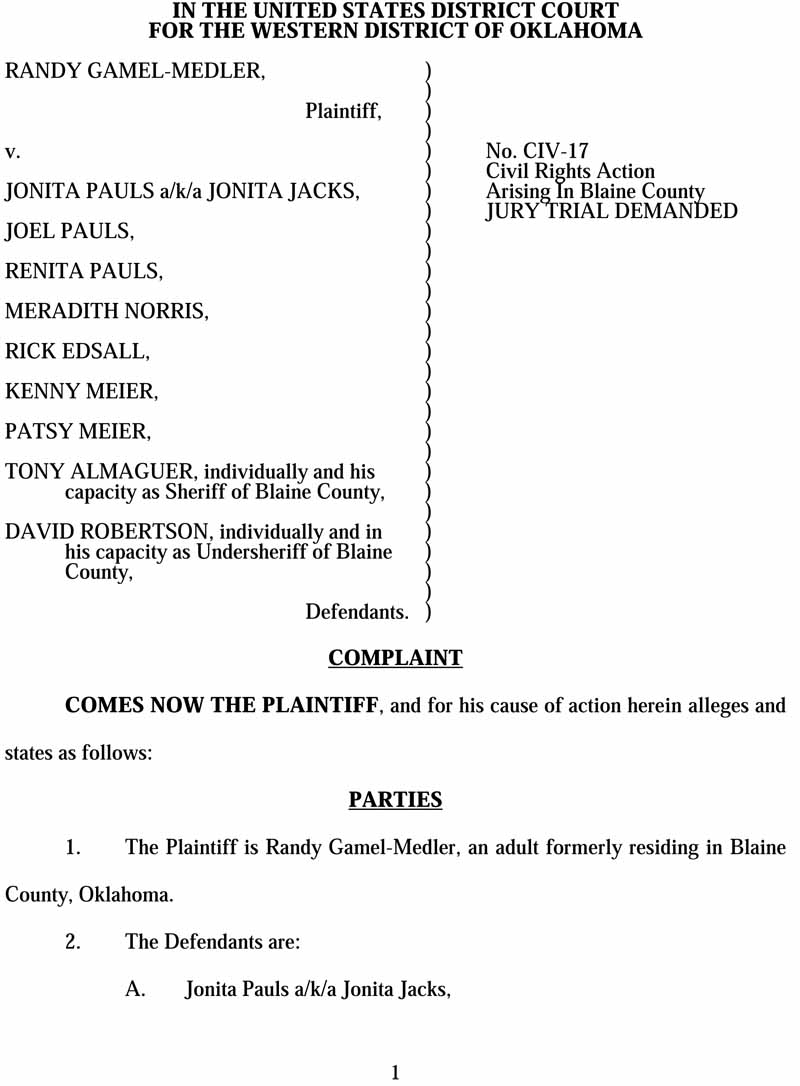 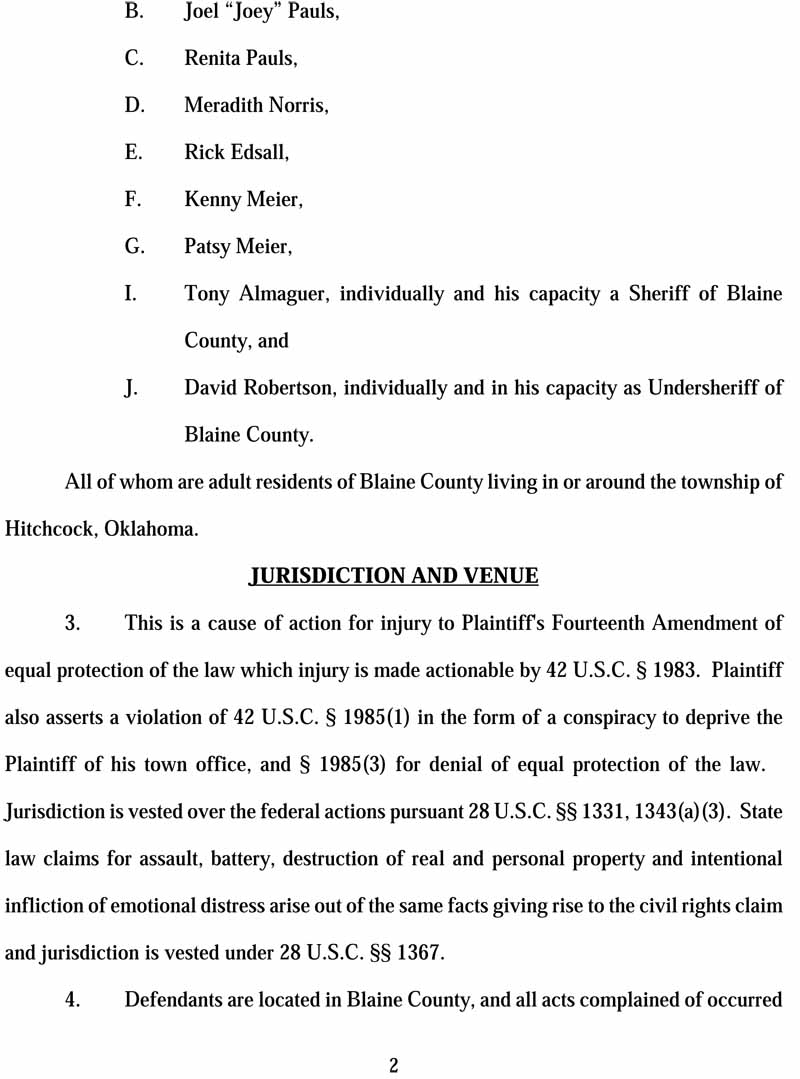 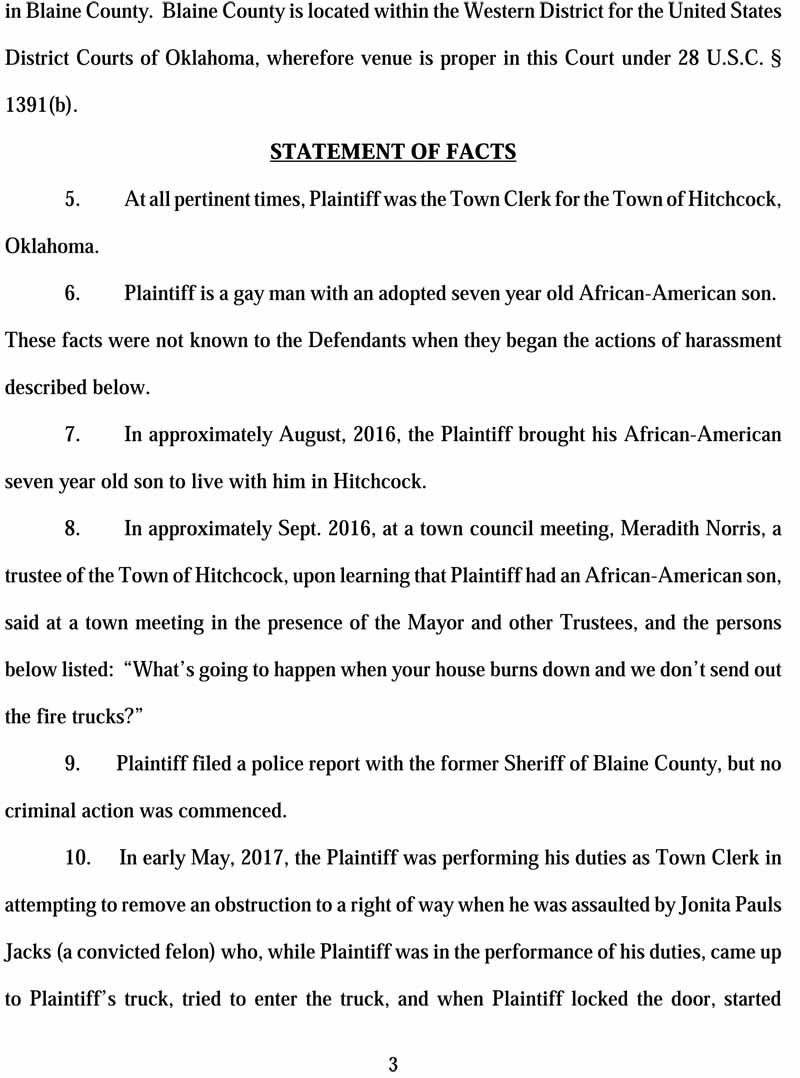 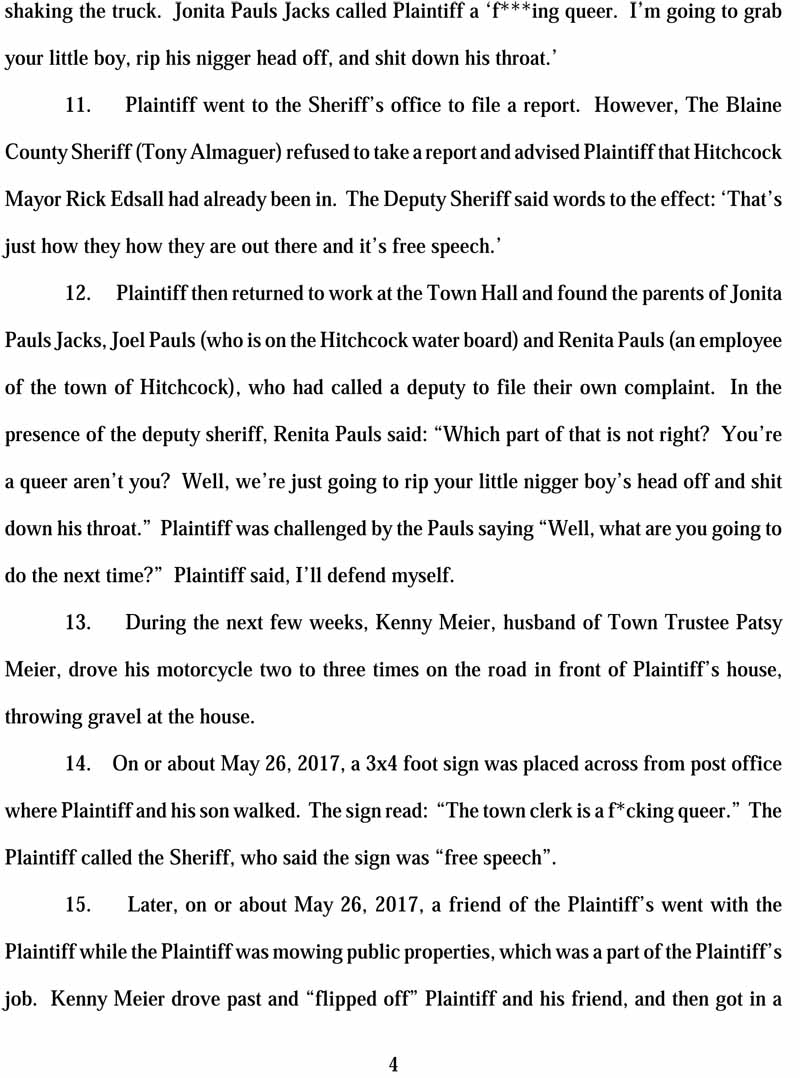 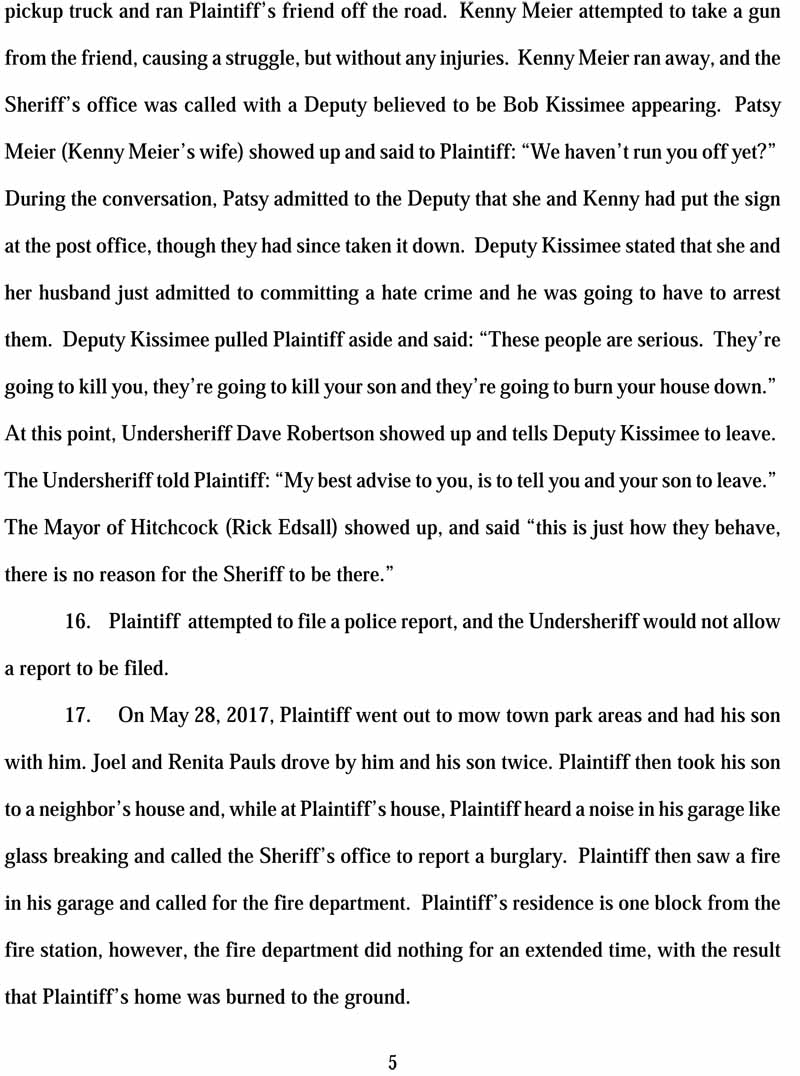 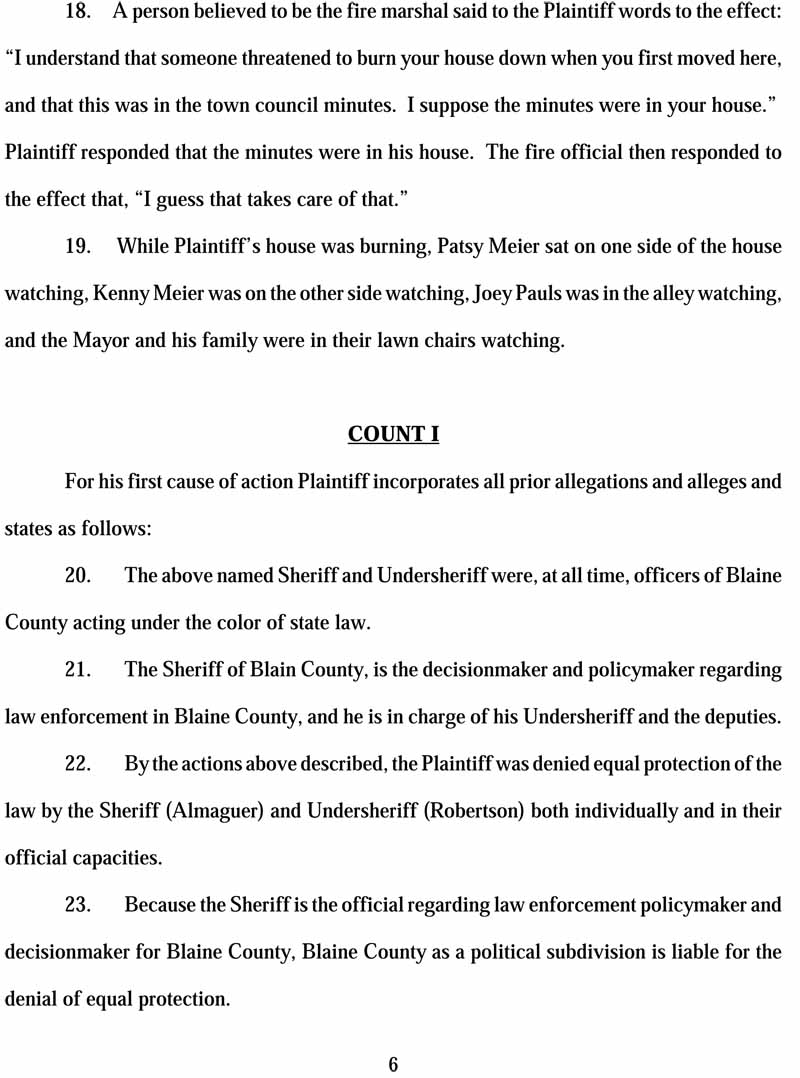 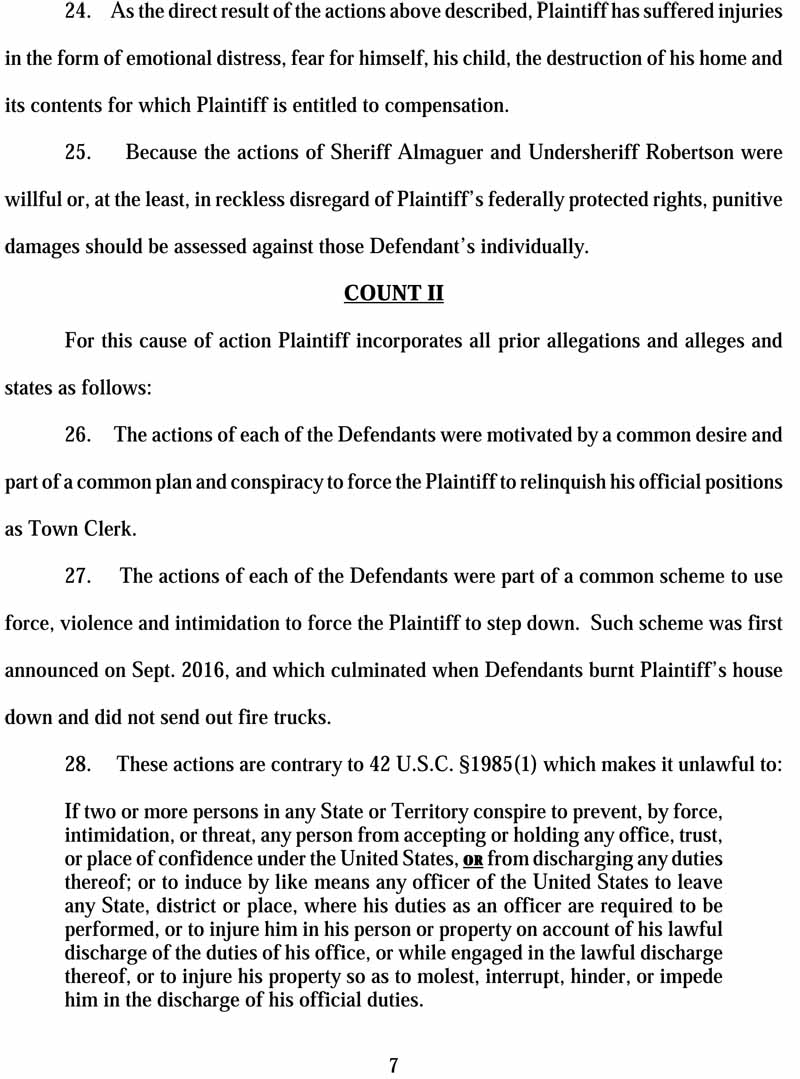 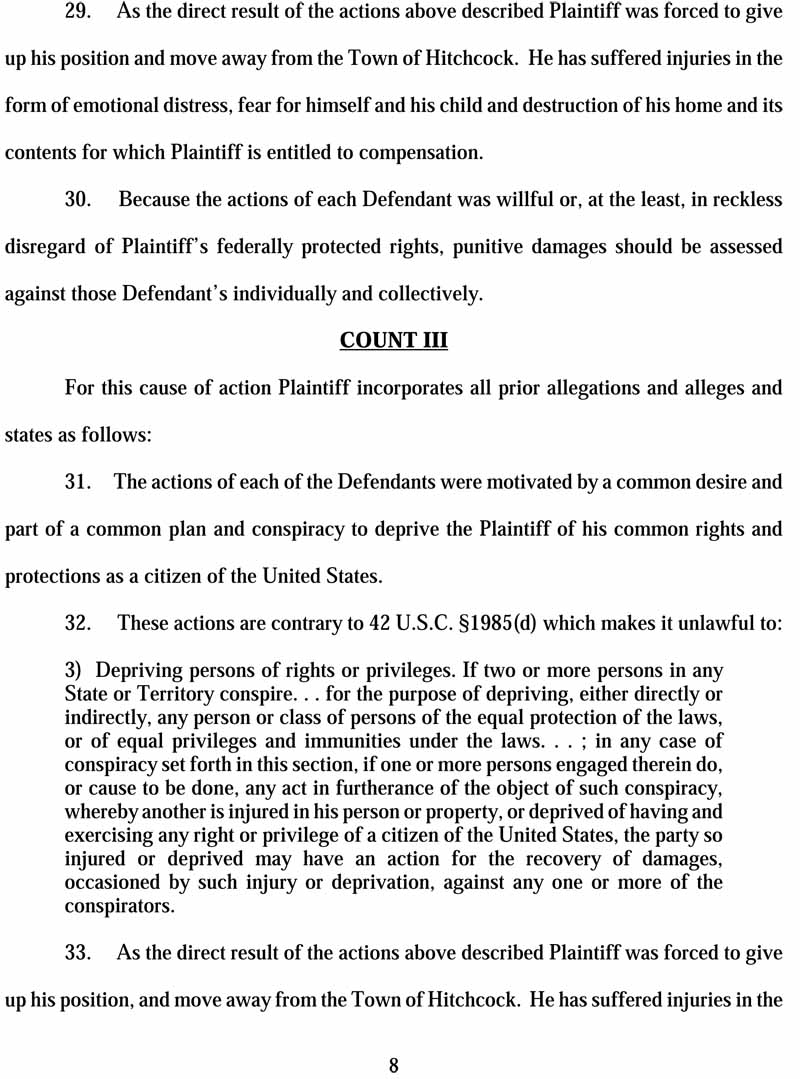 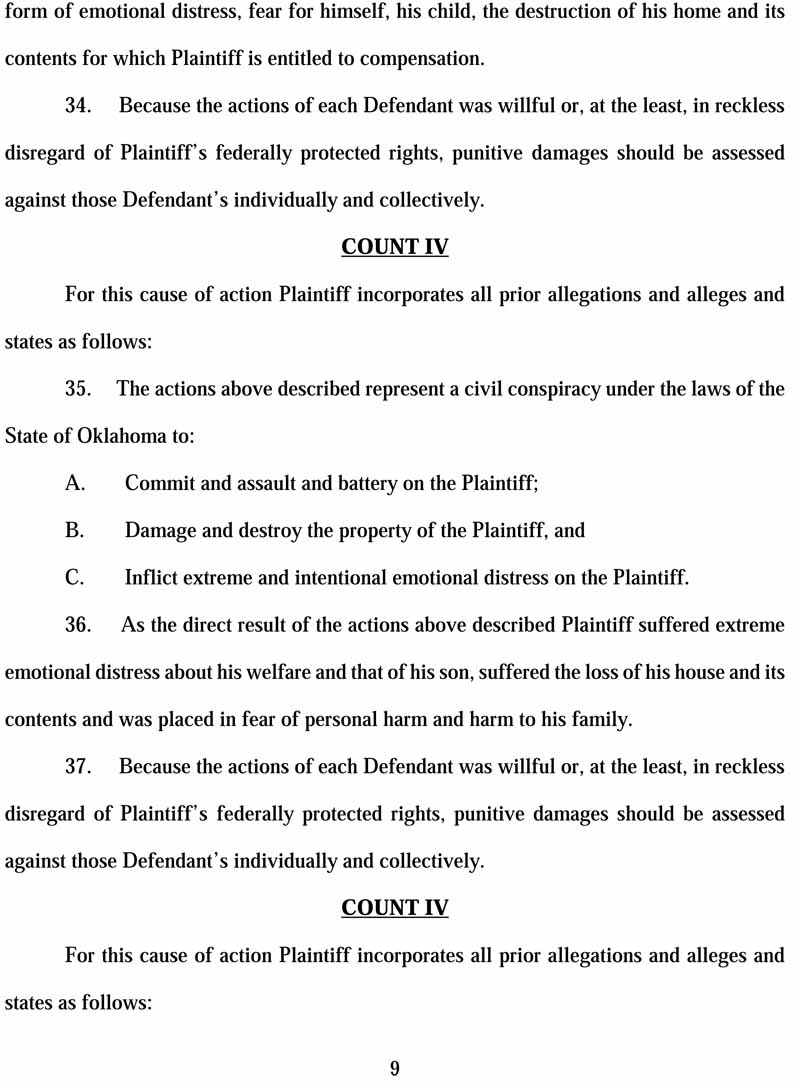 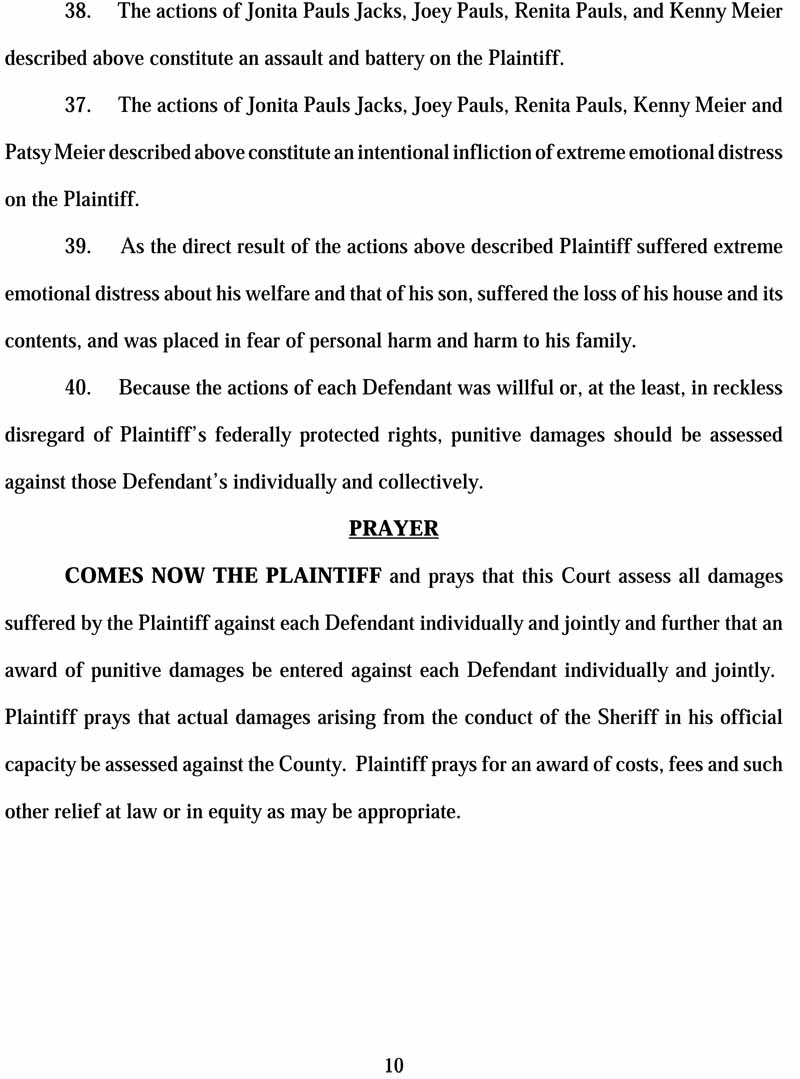 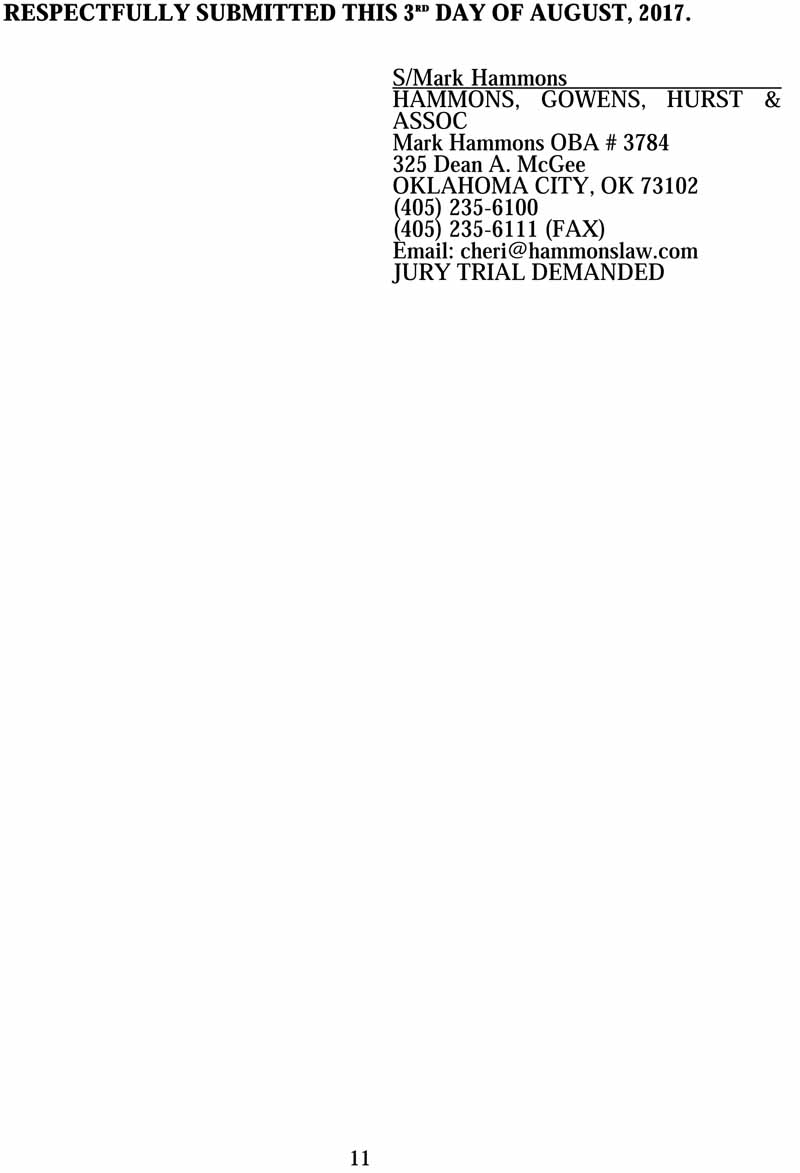