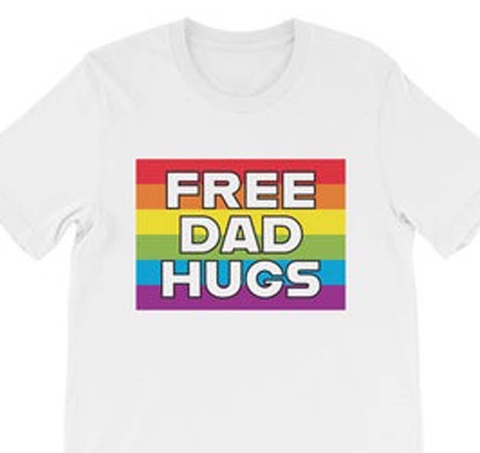 A Pittsburg man is being called a hero. He attended a Pride event this weekend. He gave out free hugs with an overwhelming response.

He received more than 700 hugs in two-and-a-half hours. His post went viral for giving out “dad hugs” to attendees.

“I traveled down there with my friend Denna Hayes, and she is with the organization FreeMomHugs.org,” said Scott “Howie” Dittman. “When I had seen her RSVP on FB to the event, my first thought was, ‘Well, if you had 100 moms and 100 dads presented with a child that identifies with this population, my thought was, my assumption was that the moms overall would be more accepting,’ so possibly dad hugs could be more needed.”

He bought a shirt from the organization and headed to the Pride parade.

That’s when Dittman realized it was going to go a bit differently.

Many Free Mom Hugs have formed across the nation, which has sparked the Free Dad Hugs/Dads Hug, Too movements.

Watch the video above (under the photo) to hear details and learn how the story ends.