Freedom comes to people of color around the world 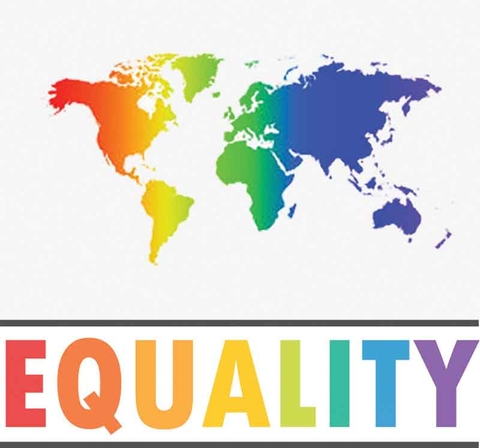 Just a couple of months ago I remember seeing on social media that our LGBTQ+ family in India had their 160-year ban against same-sex activities overturned. I was shocked and elated!

India was not the only place with brown people where oppression was lifted. Trinidad and Tobago also have reasons to celebrate. According to Human Rights Watch, this past spring Trinidad and Tobago citizens became more liberated after a court lifted a same-sex intimacy ban. Prior to this LGBTQ+ people faced up to 25 years in prison. 25 years is more than many murderers get in the United States. (Honorable mention; Belize is a Latin country to eliminate the ban on same-sex relations.)

I often think about how religion impacts the implementation of these bigoted laws and the fact that many religions have been the driving force behind creating and sustaining these anti-LGBTQ+ laws.  There are many Black Africans who are Muslims and Christians and love to persecute LGBTQ+ people.

Isn’t it ironic that the two religions who think they are so different from each other usually delight in the oppression of LGBTQ+ people. It is troubling that those two groups could find common ground in hatred.

It does not help that the Trump administration did not vote against a United Nations resolution to make being LGBTQ+ punishable by death. That sent a strong message to the world that we do not value your life. It’s a bad look for the leaders of the “free world.”

Therefore, I am so extremely proud of the gay rights and trans rights activists of color who fearlessly speak out in the Middle East, Africa, Asia and India.

But back to Africa…currently South Africa is the only African country that legally recognizes same-sex marriage. I am hoping that in my lifetime most African countries will have same-sex marriage, but it will take the strength of individuals who are willing to put their lives on the line and speak out against injustice. Hopefully the United States will go back to its progressive stance on Human Rights in reference to LGBT+ issues like we had during the Obama years.

We, the world, will survive this current administration.

Internationally, the progress on freedom of sexual choice and gender expression is slowly but surely coming along. Our brown and black rainbow brothers and sisters across the globe need to feel safe and I am hopeful the internet will provide resources to them and keep us connected.

The fight against bigotry and discrimination takes many villages, many cities, many countries and many continents. I’m doing my part and hopefully my message along with all the other Gayly columnists will reach across the globe to provide hope, love, and encouragement to all who need it.