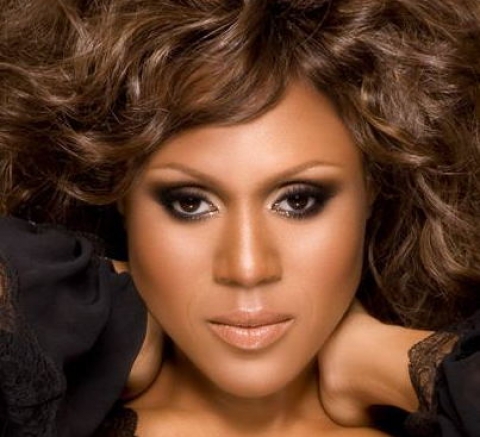 This month, Deborah Cox will be dazzling Oklahoma audiences alongside Tony nominated Constantine Maroulis in the dark and dangerous production of Jekyll & Hyde. (photo provided)

Multi-platinum selling and a multi-talented entertainer, Deborah Cox seems to have conquered her rights to the title “diva.” With six top-20 Billboard R&B singles, an impressive eleven number-one hits on Billboard's Hot Dance Club Play chart and she has performed all over the world including The World Music Awards in 2010.

It’s no secret she has a lingering appeal to the LGBT community. Cox admits it’s true but she can’t explain it adding, “What I do know is that I am grateful for the love and support over all these years.”

She has sung with Cyndi Lauper, Josh Groban and Sarah Mac Lachlan with Lilith Fair, to name a few. She was also invited to perform for First Lady Michelle Obama and most recently asked to perform for President Obama. In 2000, Deborah collaborated with Whitney Houston to record the duet “Same Script Different Cast” for Houston’s Greatest Hits CD.

But this fabulous beauty isn’t stopping at 'diva-dom.' This month she’ll be dazzling Oklahoma audiences alongside Tony nominated Constantine Maroulis in the dark and dangerous production of Jekyll & Hyde. Cox is no stranger to the stage having played the lead on Broadway in Elton John and Tim Rice's Broadway musical, Aida. Cox will return to Broadway in Jekyll & Hyde as Lucy in 2013 and Josephine as Josephine Baker in 2014.

Deborah Cox graciously talked with the Gayly in an interview about her career, family and why she is such an amazing advocate for the gay community.

Gayly:   We’ve read about who your musical influences were. How do you feel about now being the dynamic musical and Broadway influence of young new talent?

Deborah Cox:    It's inspiring because I know what Whitney, Aretha, Gladys and Tina meant to me growing up. It's really flattering to now be in the same position as those iconic performers. It's important for me to do really good work that inspires young performers to want to be the best artist that they can be.

Gayly:   You've performed at Pride celebrations, LGBT charitable events and with many LGBT artists. How did all that come about over the years?

Deborah Cox:    I think that this path chose me. Over the years I just became involved in performing for charities that really spoke to me. I've had a lot of friends that passed away from HIV AIDS and I wanted to make sure that I used my platform, to bring awareness to the causes.

Gayly:   Our readers love their divas! How do you feel about being a "diva" in the traditional gay culture?

Deborah Cox:    To some folks it's a badge of honor to be called diva I am flattered when I hear people say that I am a gay icon and diva. Diva sometimes tends to have a negative connotation and gets thrown around rather loosely, so I hope that my actions reflect more of the positive attributes of the diva.

Gayly:   When you are cast in a role, how do you prepare to embrace that role on stage?

Deborah Cox:    It happens in many different ways I read the text and I read the script and I try to find a personal connection to the role and put it into the character that I'm portraying. If it's a musical, I listen to and learn the music first cause I'm drawn to melodies before anything else. I try to not be influenced by anything else around me. My mission is to breathe life into the songs by performing from the heart and using my instincts.

Gayly:   What can our readers & guests of Jekyll & Hyde performances in Oklahoma, expect (and hope) to see in a Deborah Cox on-stage performance?

Deborah Cox:    Well, Jekyll and Hyde has some signature songs, a few of which I perform as Lucy. These songs are big and epic. I pour everything into them every time I hit the stage.

Gayly:   As an actress, who have you enjoyed working with the most? What about in the music business?

Deborah Cox:    Honestly, I don't that I have a favorite acting partner as each situation was different with a broad range of emotional requirements.

Working with Larenz Tate was special because that was my very first starring role in a film and he was very respectful and supportive.

Working with Will Chase, Cheyenne Jackson and Adam Pascal was also very special because that was my Broadway debut in Aida. I left that show knowing that, I must find a way to return to the Broadway stage. I've traveled the world and sang on many stages but Broadway has uniqueness to itself.

In the music business, I've been fortunate to [have] worked with some of the industry's best starting with Clive Davis who signed me to Arista. Singing with the incredible Whitney Houston was like living the dream for real.

Gayly:   Your talents are many and your accolades are lengthy, but tell us a bit about the Civil Rights Award you received from the New York Senate for your efforts in the fight for Human Rights and equality.

Deborah Cox:    That award was an incredible recognition because in my own way, I have always fought for the equality of people.  I believe that everyone should be able to be who they are without judgment. It was wonderful to be recognized that night alongside Vanessa Redgrave, Christine Ebersole and Janis Ian as an advocate.

Deborah Cox:    Absolutely, more musicals, I plan on doing 'Josephine' the story of Josephine Baker and more CDs and more music.
…..I'm happy with the kiddies I have now. My life is full!

Answers - in the form of a question - from the Gayly January issue, pg. 9.