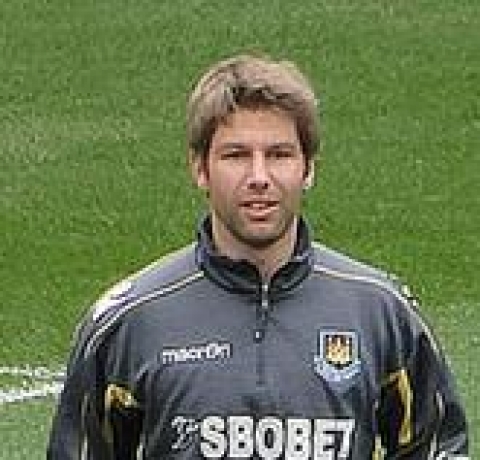 German soccer star Thomas Hitzlsperger says, "I was never ashamed of how I am." Photo licensed under CCA 3.0.

"I am expressing my sexuality because I want to promote the discussion of homosexuality among professional athletes," Hitzlsperger told Die Zeit in excerpts of an interview on the newspaper's website on Wednesday. The full interview was to be published in its print edition on Thursday.

The 31-year-old said he felt now was the right time, four months after retirement, to approach a subject he felt was "simply ignored."

"Only in the last few years did it dawn on me that I would rather live with a man," he said.

Hitzlsperger played 52 games for Germany from 2004-11, including the 2006 World Cup. At club level, he played for Bayern Munich's youth teams before switching to English Premier League side Aston Villa. He later became Stuttgart captain, then played with Lazio in Italy, and returned to Germany for a spell at Wolfsburg, before returning to England for a season at Everton.

"Homosexuality is not a serious issue in England, Germany or Italy, not in the dressing room in any case," Hitzlsperger said.

He said he resented the contradiction of football being a sport where "fighting, passion and the will to win are intrinsically linked" compared to the cliched impression of gays among many people, namely that "gays are sissies."

"I was never ashamed of how I am," said Hitzlsperger, who admitted that teammates' behavior was sometimes hard to bear.

"Think about it. There are 20 young men sitting around a table drinking. You let most of it go, as long as the jokes are halfway funny and the rubbish about homosexuals is not hugely offensive," he said.

"We live in a country where nobody should be afraid of acknowledging their sexuality for fear of intolerance. And I think that as a country, as a society, we've made enormous progress in this area," Seibert said.

"On the whole we are lucky to live in a country where people respect each other regardless of whether someone loves men or women. We judge footballers by whether they conduct themselves well and with dignity on and off the pitch, and I believe both are true for Mr. Hitzlsperger."

Last February, American player Robbie Rogers declared he was gay before announcing his retirement. He returned to action after an overwhelmingly positive reaction to his declaration.

Former English player Justin Fashanu was the first footballer to openly say he was gay in 1990, while Swedish defender Anton Hysen came out in 2011.