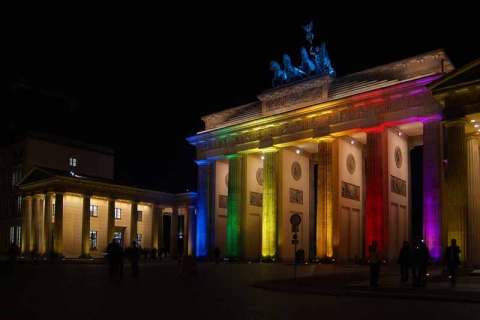 Some believe that simply annulling the convictions is not enough. (File Photo)

Justice is finally being done for the tens of thousands of gay men that were criminalized under paragraph 175 in 19th century Germany.

Paragraph 175 states that "Unnatural fornication, whether between persons of the male sex or of humans with beasts, is to be punished by imprisonment; a sentence of loss of civil rights may also be passed."

More than 50,000 gay men were convicted and sentenced to sometimes lengthy jail terms between 1946 and 1969 under the infamous Paragraph 175, which deemed homosexuality to be a punishable crime.

“The burden of guilt lies with the state because it made the lives of so many people so difficult,” Heiko Maas said. “Paragraph 175 was from the very beginning unconstitutional. The old convictions are unjust [and] do huge injury to the human dignity of each convicted man.”

Germany’s Lesbian and Gay Association urged the government to begin the reform before the end of this parliament. “Time is of the essence so that victims of the persecution of homosexuality can have their dignity restored,” it said.

Paragraph 175 was introduced in 1872, but was tightened by the Nazis in 1935, making homosexuality punishable with up to 10 years in a workhouse.

A film was made in 1919 begging for the repeal of the law called Anders als die Eltern which featured one of the first authorities on sexuality Dr. Magnes Hirschfeld. The film addressed the law and the epidemic of blackmail and illustrated suicide by its victims as an often end result.

Christine Lüders, head of the government’s Anti-Discrimination Authority, said the law had destroyed the lives of thousands of citizens, and wreaked havoc on partnerships and families. “The victims have had to deal with the fact that their convictions have never been lifted. These injustices can no longer be endured,” she said.

Some believe annulling the law is not enough, and that reparations should be made to those victims that were imprisoned or killed themselves as a result of blackmailing.