The gifts of being transgender 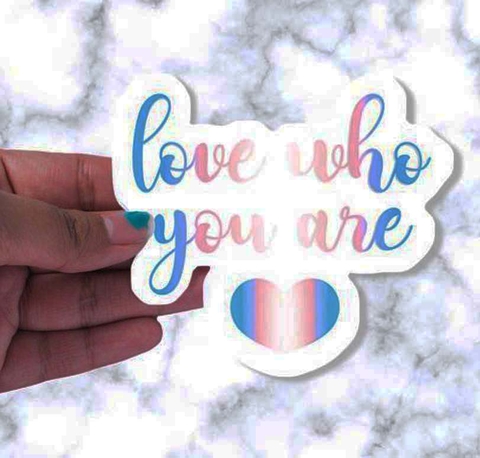 I was recently booked to perform in one of the many standup comedy shows here in Oklahoma City. I was told they expected almost twice the length of performance I have gotten used to doing in the past two years.

This caused me a bit of panic because I hadn’t worked out how I would tie the material I had been using together into a comprehensive set that didn’t feel cobbled together and wouldn’t be as funny.  Because of this, I realized that I would have to go back to a lot of my old material about me being a transgender woman. I was not happy about this at all.

You see, standup comedy is very much a boy’s club; usually a white boys club. It’s just the way it has been for years, and it’s very resistant to change.

Of course, I have no problem telling jokes about being trans, but I don’t want it to be the topic of every joke I tell. That’s how you get pigeonholed as “the transgender comic.”

Women and other minorities get stuck in this role often unfairly, and I didn’t want it to happen to me, so I chose to stop making it a big part of my act. That way, I could explore other topics I wanted to write about. But because I was so out of practice with performing a longer set and I knew that a lot of the material I had just wouldn’t work together, so I decided to string together what I knew would work with the jokes I had about being transgender.

It ended up being one of the best sets I had done in a long time. As I performed, I “edited” on the fly like a lot of comedians do to adjust what was working and what wasn’t. I also began to throw in jokes I had written but never performed, and even some I thought up on the fly that were about everyday life as a woman, getting older, and how it was similar at times to my life as a guy.

As I began to merge it with the material about me being transgender, and it all began to flow together so well. Some of the other comedians there said it was one of the best shows they have seen me do, and I realized that I had been leaving so many great opportunities to tell great jokes and make great observations about life.

By avoiding jokes about being transgender, I had denied myself the opportunity to make great observations about one of the most classic of comedy topics. The differences between men and women. How could I have been so blind to this? The idea of men and women being different is such a well-worn comedy topic, it’s almost a cliché, but I could bring so much new stuff to the topic. I mean, I’ve lived as both!

Everything from fashion to things our culture teaches us about the way we’re supposed to behave was ripe for the picking, and I could explore it as no other comedian could. Because of this, I became aware of a whole to aspect of what I could do to raise awareness not only of transgender issues but of the unique experiences I have had along the way that allowed me a better perspective on the differences between men and women.

Sometimes, transgender awareness is about recognizing the gifts it can actually bring to you.