Harvey Milk is my hero 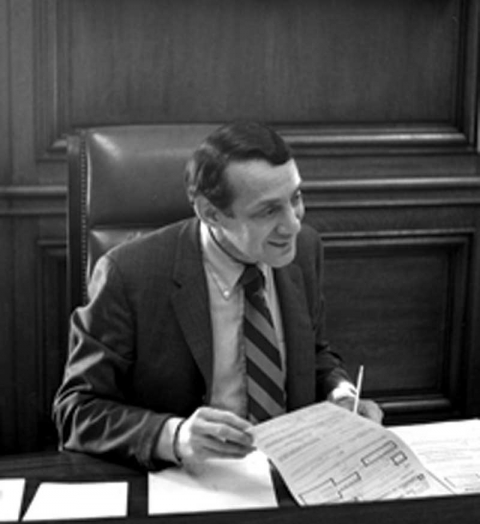 Recently on a cold Friday night, I sorted through my DVD collection and stumbled on a film that I had not watched in a few years. The last time I viewed this specific film was before I came out as a gay 50 year-old man. Watching this film now, at age 52 as an openly gay man, brought new meaning to the film for me.

I dedicate this column to a gay activist who the film documents, Mr. Harvey Milk. The film is titled Milk.

For those of you who have not heard of Harvey Milk, I hope this inspires you. Milk was released in 2008 and is a biographical film based on the life of gay rights activist and politician Harvey Milk. The film had 125 award nominations and 56 wins.

As I watched the film, I thought of all the years I spent living in the closet and not standing up strong and confident. Of course this film was set in the 1970s when our world was a much different place for the LGBTQ community. It was a time when activists were needed to help our world move toward equal rights and acceptance. As we face 2016, we continue to fight for equality and it takes everyone to make a difference.

Milk was the first openly gay man voted into a major public office in California and the third openly homosexual politician in the entire United States. I don’t want to share anything more from the film, except for the fact that Milk may be best known for helping defeat Proposition 6, an initiative on the California state ballot in November 1978. The proposition attempted to ban gays and lesbians (in addition to anyone who supports them) from working in California’s public schools. It was part of the nationwide conservative movement.

The film made me wonder how things would be different if people like Milk hadn’t begun the fight for equality in the 1970s. It also inspired me that I needed to be more active in my state, town and campus to support LGBTQ rights. During February, a new generation of LGBTQ college activists viewed the film on campus for the first time.

If you have seen Milk already, I challenge you to watch it again. If you have not seen the film, I hope you are intrigued to see it. Join me as we fight to win equality in our state and nationally. We have the presidential election in the fall and it will take everyone working together to elect a candidate who supports equality.