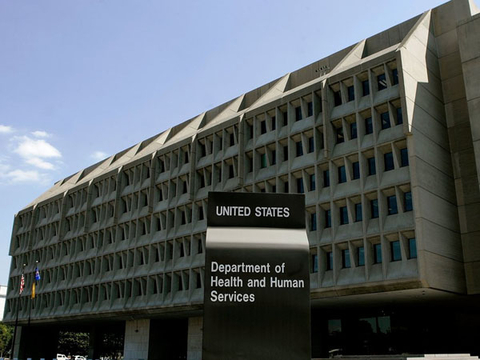 Headquarters for the newly formed division of the Health and Human Services department. File photo.

Moving to solidify its standing with social conservatives, the Trump administration is creating an office to protect the religious rights of medical providers, including those who oppose abortion.

The announcement Thursday by the Department of Health and Human Services drew immediate criticism from Democrats who said it could undermine the rights of women, gays and transgender people.

The new division will be part of the HHS Office for Civil Rights, which enforces federal anti-discrimination and privacy laws. The administration said it will focus on enforcing conscience and religious protections already part of federal law. No new efforts to expand such protections were announced.

The decision has not been met without considerable backlash from organizations such as the American Civil Liberties Union.

"Today's announcement shows us, once again, that the administration is doubling down on licensing discrimination against women and LGBT people, all in the name of religion," said Louise Melling, deputy legal director of the American Civil Liberties Union.

"The administration has already shown its hand earlier this year by adopting rules that permit virtually all manner of businesses to refuse to comply with laws providing contraception coverage."

"President Trump promised the American people that his administration would vigorously uphold the rights of conscience and religious freedom," acting HHS Secretary Eric Hargan said in a statement. "That promise is being kept today."

The HHS civil rights office gets a small number of complaints involving religious and conscience rights, but the number has grown since President Donald Trump was elected.

Roger Severino, director of the HHS civil rights office, said that from 2008 to Nov. 2016, HHS received 10 such complaints. Since Trump won, the office has received new 34 complaints.

Religious and social conservatives are a core constituency for the Trump administration. Trump will address via satellite Friday's annual anti-abortion march in Washington.

Democratic Sen. Patty Murray of Washington was also quick to criticize the administration's decision to create the new office.

"This would be yet another attempt to let ideology dictate who is able to get the care they need," Murray said in a statement. "Any approach that would deny or delay health care to someone and jeopardize their wellbeing for ideological reasons is unacceptable."

Melling said that the move was indicative of the Trump administration's designation of so called religious liberty over the rights of people groups put at risk by this move.

"We may not know exactly what this new division will look like in practice, but we do know that this means they prioritize religious liberty over the health and civil rights of women, transgender people, and others. They are prioritizing providers' beliefs over patients' health and lives. This administration isn't increasing freedom — they're paving the way for discrimination."