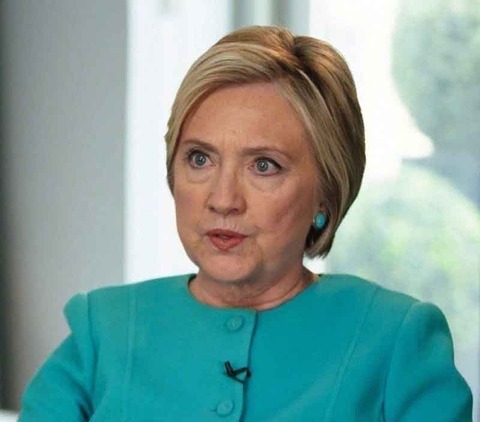 "With Kavanaugh on the Court, a 5-4 hard-right majority would be even more aggressive in siding with corporations over people," Clinton tweeted on Monday.

She argued that the 53-year-old conservative judge joining the bench would result in "widening the disparity in power between corporations and workers."

"Kavanaugh's record from his time as a judge on the U.S. Court of Appeals for the District of Columbia shows he'd help further that trend for a generation," she wrote.

She pointed to Kavanaugh's opinion in the AFL-CIO v. Gates case, which she argued "severely limited union rights and allowed major damage to federal workers' ability to bargain collectively."

Clinton mentioned the 2016 Verizon New England v. NLRB case, in which Kavanaugh wrote the majority opinion. The court said the National Labor Relations Board "acted unreasonably" when it said union members could still display pro-union signs in their cars on Verizon property, even though the union waived the right of its members to picket.

She also pointed to his 2014 dissent in the case of a killer whale that drowned a Florida SeaWorld trainer. In that case, as he criticized the Labor Department's move to sanction SeaWorld, Kavanaugh declared that the agency had "stormed headlong into a new regulatory arena" and he warned that regulators would try to impose new safety requirements on sports, the circus and more.

Clinton's tweet storm comes a day ahead of Kavanaugh's confirmation hearings before the Senate Judiciary Committee.