Like HIV, contracting the flu is no laughing matter 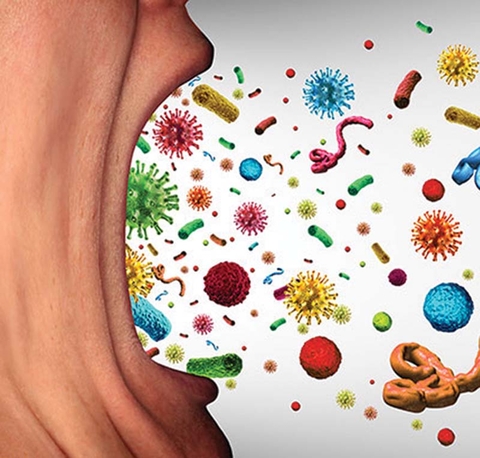 Fair warning: I’m going to start my column this month with kind-of a bad joke. But, by the time you get to the end of my writing, I think you will see the point I’m making is no laughing matter.

Here’s the joke: Why is there a fence around the cemetery? Because people who didn’t take their flu shots are dying to get in.

Okay, I’ll admit my jokes need some work. However, you easily can substitute “get tested for HIV” where “flu shot” is. It may still be a bad joke, but you can’t say it isn’t true.

With that said, neither of these conditions is a laughing matter. People often dismiss flu symptoms because it is so common. The fact that the flu is common doesn’t mean it isn’t deadly.

Every year about the same time, pharmacies begin their campaigns to get people to take flu shots. While the strain of the influenza virus changes as viruses will do, flu shots offer at least some protection against the worst effects of the illness.

Each year in the United States, as many as 49 million people become ill with the flu. People most impacted are young children, the elderly and those with compromised immune systems.

Nearly a million people become sick enough to be hospitalized, and as many as 79,000 people may die from the flu or complications such as pneumonia.

Now, let’s compare flu symptoms to those of HIV. Symptoms of the flu include fever, muscle and joint aches, chills and sweats, headache, fatigue and muscle weakness and a sore throat.

Whoa! Those are also symptoms of HIV infection.

If you are sexually active, practice safer sex. Don’t share needles or other sharp instruments that can transfer blood or other body fluids from person to person. Wear a condom every time you have sex, especially if you are not in a monogamous relationship.

Regularly get tested, so you know your HIV status. The earlier this virus is detected, the better your chances of shutting it down before it has a chance to reproduce.

Take measures, also, to protect yourself from the flu virus. Wash your hands often with warm, soapy water. Plain soap is the best because anti-bacterial agents do not affect viruses and because overloading the environment with these agents makes bacteria stronger and more resistant to treatment.

Avoid crowded areas where someone might cough or sneeze on you. The flu virus is airborne, so you are more likely to get sick from being coughed or sneezed on than by kissing a sick person.

One last thing about both influenza and HIV is they are contagious infectious diseases year-round. There is no safe time to let down your guard. Be vigilant and be well.