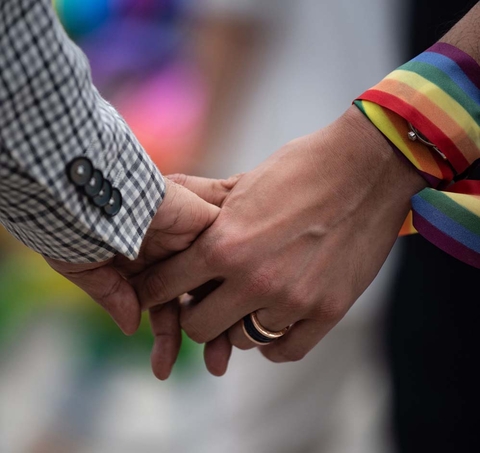 A Hong Kong court has ruled against redefining the meaning of marriage that would have allowed same-sex unions and civil partnerships in the city.

Hong Kong's Court of the First Instance ruled on Friday against a woman, known as MK, who complained that the government's lack of marriage options in Hong Kong violated her constitutional rights.

The court found that the evidence in the case was not "sufficiently strong or compelling" enough to require defining marriage "as including a marriage between two persons of the same sex."

"Were the court to 'update' the meaning of 'marriage' to include same-sex marriage, it would be introducing a new social policy on a fundamental issue with far-reaching legal, social and economic consequences and ramifications," the court document said.

"It is beyond the proper scope of the functions or powers of the court."

The court concluded that "nevertheless, the court believes that there is much to be said for the Government to undertake a comprehensive review on this matter."

The ruling can still be reviewed in Hong Kong's higher court at a later date.

Back in 2017, a Hong Kong court had ruled that the same-sex partner of a British expatriate had the right to live in the territory as a dependent.