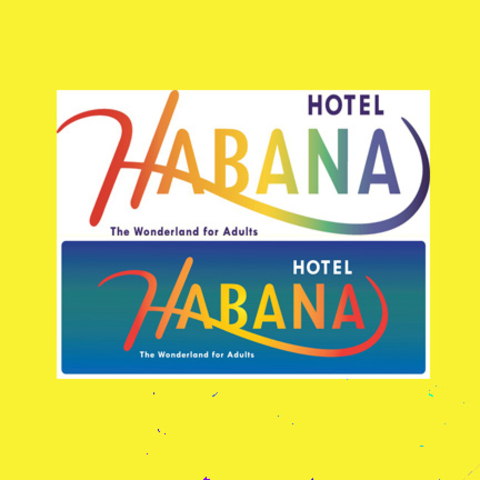 Hotel pays homage to the rainbow

Continuing its transformation, Hotel Habana is pleased to release the design of its new logo and hotel sign. The new design will help to rebrand Hotel Habana as one of the premier hotels in Oklahoma City and the Southwest region.

“The new logo expresses our desire to both highlight the tradition of the hotel and announce to the world that times have changed at Hotel Habana,” said Tom Lagatta, speaking on behalf of Alternatives Resorts. “We wanted a logo that reflects our intention to be a leader in the community.”

While not a rainbow, Hotel Habana has chosen to pay homage to the history of the community by utilizing the colors of the rainbow. The new logo will be used to brand the hotel, its advertising and all merchandising. Branded caps, robes, slippers and t-shirts will soon be available at Hotel Habana, or on its website, www.hotelhabanaokc.com.

“We intend that our guest experience be one of excellence and our clientele as diverse and inclusive as the colors of the rainbow,” said Marla Nones, Hotel Habana’s new general manager.

The new hotel sign will be twice the size of the existing sign and 15 feet higher for better visibility. Hotel Habana has added a new digital message center to the sign and will add additional signage for the two hotel night clubs.

Hotel Habana, which celebrated its 50th anniversary in 2018 and was sold to new ownership in January 2019, is a community hotel on the strip in the 39th Street District, Oklahoma City, Oklahoma. Boasting two beautiful courtyard pools, The Copa (a night club), The Finish Line (a country bar), Jungle Reds (a gift shop), Hotel Habana will soon have a new restaurant and four new hot tubs around its Western pool. Reservations can be made at (4050 528-2221.

Watch for more announcements detailing the exciting renovation and remodel of the largest community hotel in the Southwest region! And, keep your eyes open for new exciting events all year long.