How the NBA’s Violet Palmer made LGBT+ history 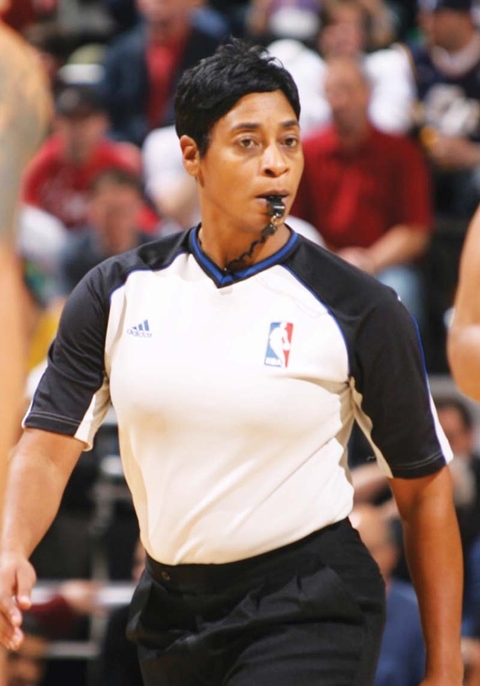 I love coming upon stories of queer people who made history without me realizing it.

The reason a lot of these stories have gone unnoticed is that we did not have social media during the times the history was made.

During the 90s, Violet Palmer was making history as a female pioneer in the NBA world as their first female referee.

According to the LA Sentinel, she was the first female official in any major U.S. professional sport. She is also queer AF!

I have noticed in so many instances that people from our black LGBT+ community make history, and it often breaks the barriers and intersects in many areas such as gender, race and sexuality.

We should be proud we have many firsts.

For instance, Stacey Abrams, who is a lesbian, was the first African-American to receive any major party’s nomination for Georgia governor.

If she wins in November, she will be the first black female lesbian governor in the United States.

After all, many black queer people have made black history incognito.

However, breaking multiple barriers does not come without its hardships.

Palmer endured misogynistic remarks from players and sports announcers throughout her career as a referee. These scoffers probably felt threatened by this powerful black woman who got to literally, “call the shots.”

I do not believe she was out of the closet during the nearly 20 years she officiated, but I imagine that would have only added to her harassment.

In a weird way, I feel black people are more accepting of an LGBT+ person if they are the “first black female” something.

Palmer is a wife, a mom of three and is still active in sports even though she is retired.

This LGBT History Month, we have a lot to be proud of in the black community. We have many pioneers to look up to, and I am hopeful we will learn of many other unheard-of black queer pioneers like Palmer who broke through barriers.

I also found out there is an award ceremony called The Truth Awards where they specifically honor African-American LGBT+ trailblazers, and Violet Palmer received their lifetime achievement award earlier this year.

I am glad I saw the video about Palmer on Facebook, a non-LGBT+ media source because it reached a wider audience and they did not focus on her sexuality.

Soon being a black LGBT+ pioneer will be just as normal and regular to America as apple pie.