How we earned our Independence 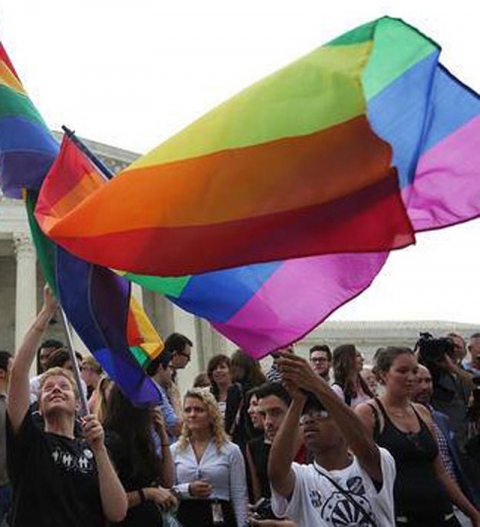 Fifty years of LGBT activism has led us to the rights we celebrate today, and pointed us toward the work still to be done. File photo.

While most are aware of the fact that the lesbian, gay, bisexual, transgender, queer, intersex and asexual people have been around since the beginning of days, the fight for equality for the community is a much more modern endeavor.

The American gay rights movement has been publicly fighting since the 1920s and continues to propel forward to this day, making extreme leaps and bounds in equality rights. The LGBT community is not only a group of likeminded individuals, but a family, who continues to fight for not only themselves but for their brothers and sisters everywhere.

The summer of 2015 was an epic triumph for the gay community, when on June 26 the U.S. Supreme Court ruled that same-sex couples have the fundamental right to marry and that states cannot say that marriage is reserved only for heterosexual couples. This was historic. However, while this huge accomplishment was made, there were many small victories leading up to it that made it even that much more possible.

Dating back to 1924, the Society for Human Rights in Chicago was formed by Henry Gerber, making it the United States’ earliest known public gay rights organization. A few months after being formed, the group ceased to exist due to the arrest of several of the Society's members. Despite its brief existence and small size, the Society has been recognized as a forerunner to the modern gay liberation movement.

Fast forwarding to 1950, The Mattachine Society was created making it the first national gay rights organization. This group was led by Harry Hay, considered by most to be the father of the gay rights movement. In 1955, the Daughters of Bilitis, a lesbian group formed. These groups led to many more LGBT rights organizations being created, spreading the word about the gay community and its supporters across the United States.

After years of quiet advocacy, the 1969 Stonewall riots transformed the gay rights movement from a limited number of activists into a widespread protest for equal rights and acceptance. Patrons of the Stonewall Inn, a gay bar in New York's Greenwich Village fought back against injustice during a police raid on June 27, sparking three days of riots and protests. Stonewall was a major step towards equality for the gay community, increasing awareness about prejudice against the gay community, and getting more people involved in the fight against it.

Following Stonewall, the idea of being gay started to become more widely accepted. In 1973, the American Psychiatric Association removed homosexuality from its official list of mental disorders.

In 1976, Harvey Milk was appointed to the San Francisco Board of Permit Appeals, making him the first openly gay city commissioner in the United States. This was a big step in gay liberation. By having an openly gay commissioner, it further proved that the gay and lesbian community was not second-class but rather equals. On January 8, 1978, Milk made national news when he was sworn in as a member of the San Francisco Board of Supervisors.

From then on, the fight for LGBT independence only continued to grow. In October 1979, almost 75,000 people participated in the National March on Washington for Lesbian and Gay Rights in Washington, D.C. It was the largest political gathering in support of LGBT rights people had ever seen.

Another march followed in 1989 followed by the 1993 March on Washington for Lesbian, Gay, and Bi Equal Rights and Liberation. It had an estimated 800 thousand to one million people gathered in support, smashing the 1979 number by hundreds of thousands. This incredible amount of support was in response to the “Don't Ask Don't Tell” policy instituted for the military as well as rising hate crimes and ongoing discrimination against the LGBT community.

Once the 2000s came around, the fight for equality took major strides forward. In 2000, Vermont became the first state in the country to legally recognize civil unions between gay and lesbian couples. The law states that these “couples would be entitled to the same benefits, privileges, and responsibilities as spouses.” It stops short of referring to same-sex unions as marriage, which the state defined as heterosexual.

A major slice of equality was finally served to the gay community in the summer of 2015 when the U.S. Supreme Court ruled in Obergefell v. Hodges that same-sex couples could legally marry everywhere in the United States.

"Under the Constitution, same-sex couples seek in marriage the same legal treatment as opposite-sex couples, and it would disparage their choices and diminish their personhood to deny them this right," Justice Anthony Kennedy wrote in the majority opinion.

George Santayana once said, “Those who cannot remember the past are condemned to repeat it.” Looking back on all that has been achieved and accomplished in the LGBT community is amazing. However, the fight for equality and liberation is not over. So while it is vital to remember the past, looking forward is just as important, so that future generations can live in a world of equal opportunities.