I kissed a girl and I liked it 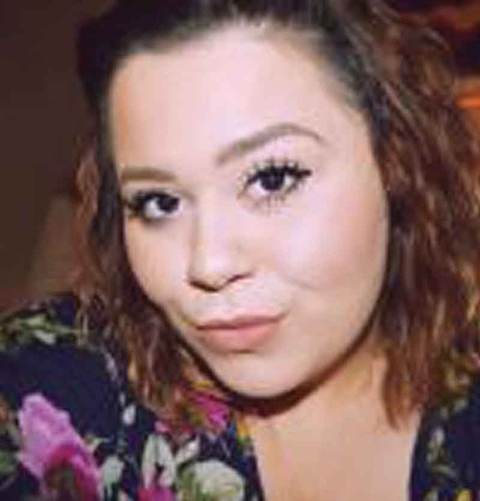 When I was eleven years old I received a MySpace message from a girl who had previously attended my same intermediate school. The screen lit up mid-saving of my HTML layout code.

"Are you a lesbian?" dinged across the screen. I stared, unsure of what could have prompted her asking.

"No…why?” I played Katy Perry's I Kissed A Girl on repeat for the next eight weeks.

When I was twelve I kissed a girl behind the back row of seats at the OKC North Park mall cinema during a game of truth or dare. It was my idea. I made a mental note that her tongue felt cold and slimy and wondered if a boy would have tasted the same.

Later that year a group of friends and I practiced passing a lifesaver gummy from mouth to mouth as some sort of game. I found myself secretly hoping when it got to me, it would have fallen to the floor and my lips would have collided with the first girl I found myself wanting. We practiced kissing with each other the rest of the summer, saying it was for when “the real deal” came one day.

Eventually, the two of us struck up a pact that if by the end of the ninth grade neither of us had lost our virginity to the boy of our choice, we would lose them to each other. She lost hers the following school year to the boy of my choice.

In my childhood, I was never immersed in religion. The closest my mother ever got to talking about God was when she was cursing my father in vein.

Over the years, my sisters and I had a few experiences in church. Once, when our neighborhood friend’s mother, a Sunday school teacher, invited us to break bread and drink juice in the Lord’s name. Another visit occurred when my sister and I agreed to try one out together after a Jehovah’s Witness came knocking on our door. Only, I heard about it through her recollection later that day. Ultimately, when the bus came, I got scared and made her go alone.

A few years later, we went again as my father had decided to “get clean and right” with God through baptism. However, my mother soon realized that he never got clean. His confession of dedication to faith was merely his way of weaseling back into our lives. He used his “faith” to come over a few nights a week during which he would read scripture to us from a children’s Bible.

Despite these “spiritual” occurrences, I was never once told that it was unnatural to feel for a woman what society told me I should feel for a man.

However, it was not something I was entirely ready to accept either.

Uncles, grandparents, sisters, people from high school always asked if I was confused, if I liked girls like I liked boys and I always told them no.

The thing was, I had formed crushes on girls before. I had even wanted to kiss them, but never once had I dreamed of walking down the aisle and raising children with one. This is because I thought that it was impossible for me to love a woman. So, I refused to label myself as anything other than “curious”.

That all changed this past year. I met a girl I found myself wanting to know like nobody I had ever known before. I thought about her every waking moment of every single day. I had become fixated on the way she stared way too long, how she didn’t seem to care what anyone thought about her and how she knew things I had never heard of like they were common sense. She opened up to me about things that would send someone who scared easily running in a million different directions, and yet, I wanted to stay.

The experience with her has opened my heart as well as my eyes in a multitude of ways. Realizing that I loved her taught me that the body is only a vessel for mind, spirit and soul. It does not matter what we come decorated in. Be it penis, breasts or the lack there of. Regardless of gender and sexuality, love is beautiful; whether it is between a man and a woman or any other combination of the gender spectrum.

That is something I will never take for granted again.