As I live authentically, alcohol is not a solution 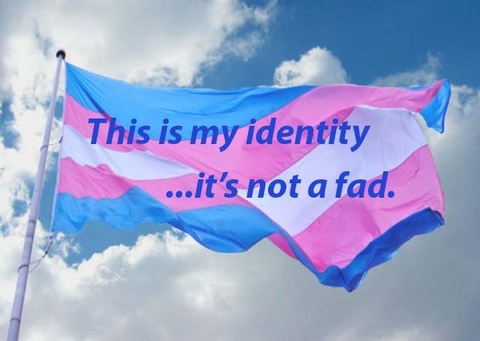 I love beer. Now I’m not a beer snob, and I hate dark, heavy, and bitter beers, but I love drinking a nice cold wheat beer on a hot summer evening.

I’ve always preferred beer, but I do drink hard liquors, and I like nice light wines.

My friends once knew this about me so well that they bought me a home brewing kit to make my beers. That was about four years ago, and I’ve made two batches and hardly drank them.

In my fridge, there are two bottles of beer that have been in there for months and should probably be thrown out. The funny thing is, for as much as I love beer, going to bars to drink and be social, I just don’t drink at home that much, which is incredibly odd because at one point, I was pretty much an alcoholic.

I often joke about people thinking they’re hard drinkers by taunting them with saying I used to two fist pitchers. I’m not kidding. At one point in my life, I would. When I bought beer, I would buy a case for just myself and another for everyone else.

I’ve actually bought beer right before sales stopped for the night and was still awake and drinking by the time they started again and have been waiting at the store for them to start selling it again.

I’ve been arrested twice for my drinking and without a doubt shouldn’t have driven more than once. More than once have been too hung-over to go to work, and I’ve had such severe alcohol poisoning I literally was shaking on the floor uncontrollably.

Without a doubt, it’s why I never finished college and ended my military career.

Alcohol was a way to cover up the anxiety, stress and pain of being in the closet. It helped me get over my social anxieties and awkwardness (because if anything, I’m a fun and flirty drunk), and help beat down a lot of the other stressors in my life. It was an anti-depressant before I had the money to pay for anti-depressants.

Of course, alcohol also served to make a lot of my problems worse. Drinking without a doubt was a coping mechanism from problems I needed to face.

Once I came out and was accepting of who I was, for some reason the desire to put away multiple bottles of wine or beer a night vanished.

In fact, some theories of addiction argue that it’s driven by emotional distress and not a physical dependency and when the causes for that distress are removed, so is the addiction.

For someone who probably was on the way to drinking themselves to death, once the greatest stressors in my life at the time disappeared, so did the desire to drink to dangerous levels.

These days, I can go weeks without a drink, and I certainly don’t drink at the house. I know when I need to cut myself off, so I can safely drive home, don’t make major decisions when drinking and never drink to excess on work nights.

I am still, however, an incorrigible flirt and probably more aggressive than I should be when I drink, but I’m smart enough and have enough self-respect to avoid hitting the hook up apps or trolling the parking lot at last call.

One of the things we need to remember when dealing with people who are overcoming addictions and substance abuse is that one needs to monitor them for life stresses that drive that substance abuse.

Part of being a good friend and being compassionate is knowing when they need your help and steering them away from those relapse causing events. I’m lucky in that I found my balance, but not everyone is able to just stop.