If you think it’s so simple, you’re missing the point 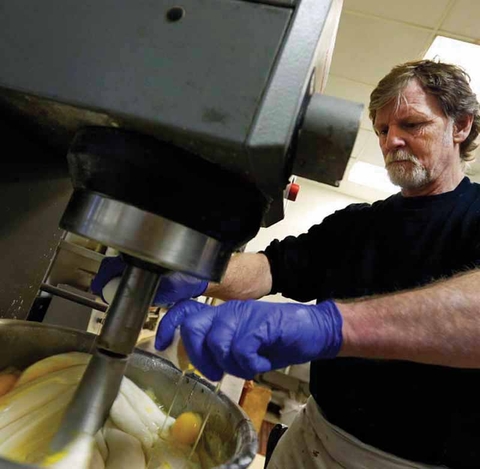 When the religious right lost the fight over same-sex marriage, they refocused on diminishing the value of those marriages.

Now, two years after Obergefell v. Hodges, there are attacks on LGBT+ rights in four venues: the courts, Congress, state legislatures and from the Trump administration.

In the courts, challenges to marriage equality are clearly an attempt to get the Supreme Court to grant the right to discriminate against LGBT+ people. The Court has accepted the case of a baker who refused to make a wedding cake for a same-sex couple.

Often, when these cases are discussed in the LGBT+ community, many say, “Why is this an issue? Why would you want to do business with someone who disapproves of your sexual orientation, gender identity or marital status?”

They are missing the point. Certainly, there are many different bakers, florists and photographers to choose from in urban areas. But what about people who live in smaller towns or in rural areas? There may be only one baker and if they refuse you service there are very few options.

Consider Shane Runyan Corn’s experience. In 2014 after getting married in California, Corn wanted to put a marriage announcement in The Mangum Star. He grew up in Mangum, a Southwest Oklahoma town of about 3,000.

Corn said, “The editor told me, ‘Well, our readership is not ready for same-sex marriage and I’m not ready to deal with their reaction.’”

The Star’s editor, Casey Paxton, told The Gayly, “It’s just my religious conviction on same-sex marriage. These are just my personal convictions and I will not compromise them.”

Ultimately, TheGayly ran the Runyan-Corn announcement. The Star did not.

Appealing the case of the baker is the Alliance Defending Freedom (ADF), an anti-LGBT+ right-wing law group. The ADF, which strongly opposed marriage equality, is now asserting that people and businesses have a right to refuse service or sales to same-sex couples, based on their religious beliefs. 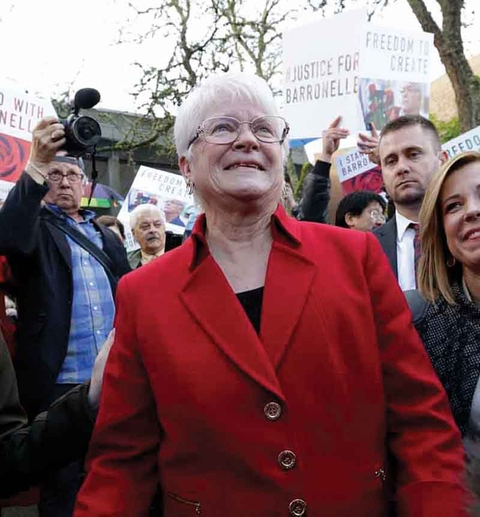 ADF also represents a florist, Barronelle Stutzman, who refused to provide flowers for a same-sex wedding in Washington state. In a press release, they said, “The state attorney general and the American Civil Liberties Union sued [her] for acting consistently with her faith.

“[This] is particularly hazardous, as is the extreme nature of Barronelle’s punishment, which threatens to shutter her business and personally bankrupt her. [The Supreme] Court’s review is needed to prevent the state from silencing professional speech creators with dissenting religious views.”

The danger in these cases lies in how the Supreme Court, with a conservative majority, crafts a decision.

In the right-wing’s legislative agenda, Religious Freedom Restoration Acts (RFRA) are popular. Both federal and state RFRAs were originally totally non-controversial. It was only after the Windsor and Obergefell decisions by the Supreme Court on marriage equality that RFRA’s took an ugly turn.

Right-wing activists try to insert language that makes it clear that RFRAs could be used to permit discrimination. Many states have tried to change their RFRA and met fierce resistance.

Attacks by the Trump administration are perhaps the most insidious of all, since much of the groundwork is done in secret and then sprung on an unsuspecting public. President Trump issued an Executive Order (EO) promoting ‘religious liberty’ in May.

It was much milder than a draft of the order leaked in March that “would have created broad religious exemptions that would enable discrimination against women and LGBT people,” according to the American Civil Liberties Union (ACLU).

The final EO directed the Justice Department to issue guidance on protecting ‘religious liberty’ to agencies. “The executive order that President Trump signed was vague and open-ended, but we know that this administration is exploring different ways to license discrimination against women and the LGBT community, among others, in the name of religion,” said Louise Melling, deputy legal director of the ACLU.

The ACLU has filed a lawsuit seeking clarity on how the administration intends to implement the religious freedom EO.

The LGBT+ community views stopping anti-LGBT+ ‘religious freedom’ legislation as the highest priority for the equality movement. In a survey by Community Marketing & Insights, 63 percent of LGBT+ people surveyed said it was their top issue. The priority remained high across ethnicities. Urban, suburban and small town/rural people all rated it as the top issue.

Given the four pronged attack on the rights we have won, we must be vigilant and aggressive in resisting these attacks.