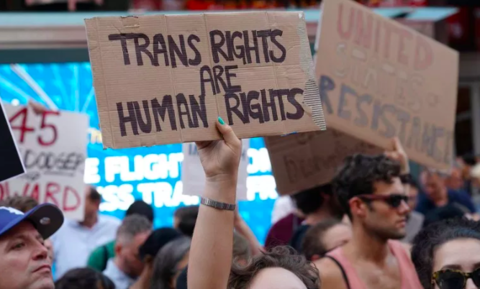 Des Moines, IA (KCCI) -- Transgender Iowans are now able to have their sex reassignment surgery covered under Medicaid after a Polk County judge overturned a policy that is more than two decades old.

"I have known I was a female since the age of 5," plaintiff Carol Ann Beal said in September, as she launched a lawsuit against the Iowa Department of Human Services demanding that Medicaid cover her sex reassignment surgery. "I started dressing as one around that age and began taking hormone therapy at 14 years old."

Administrative regulations prohibited the state from covering the procedure.

"You go through so many years of transitioning, and now I've hit a brick wall," Beal said.

Judge Arthur Gamble wrote, "The Regulation clearly discriminates against transgender Medicaid recipients on the basis of gender identity," -- a violation of the Iowa Civil Rights Act.

The American Civil Liberties Union of Iowa, which sued the state on behalf of the patients, reacted to the decision at a news conference.

The decision said there's consensus among medical providers that sex reassignment surgery is medically necessary for the treatment of gender dysphoria and is not merely cosmetic, which is what the state argued in favor of maintaining the 1990s-era rule.

Gamble wrote that, since then, "Medical thinking and Iowa law has changed."

"We are extremely relieved for our clients who now, after a very long wait, can finally get the care that they need, that all of our doctors agree is medically necessary for them," Bettis said.

The state has 30 days to file an appeal. A spokesman for the Iowa attorney general's office said no decision has been made on an appeal.

KCCI contacted the Department of Human Services, but a spokesperson declined to comment.