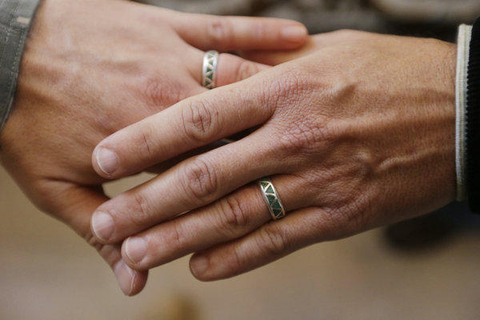 My guy and I have been dating for seven years and celebrated with the nation last June when marriage equality actually became the law.

I thought our relationship was getting even stronger so this past Thanksgiving I asked his hand in marriage, thinking we'd have a June wedding. He said "no" and told me he'd never really ever planned on getting married.

I said "whaaat??" We had discussed marriage some, but prior to June 26th of last year, never thought it could happen. Then when it could, he drops the bombshell that he "never planned on it." I can't decide if I
feel betrayed or just stupid - literally, we had talked about this, we know each other and now this supposed change of heart.

What do you think, Phillip? Cold feet, the "seven year itch," or is he just cra-cra?

Well, Larry - what a great question and letter. I hope you find this response helpful and interesting as I am sure you are anticipating something to help justify your confusion when it comes to how to handle this “cra-cra” situation. (I saw that puzzled look on your face!)

Now, does he have cold feet? I don’t know. Is it the seven year itch? Possibly. Or is he just Miley Cyrus Cra-Cra? I doubt it. But the best way to get the answers to these questions, if you haven’t already, is to ask! What’s the hesitation just to ask him what he never planned on it, or maybe ask him would he consider it?

Sometimes I think we tend to project our own expectations onto other people, rather than just being settled with acceptance.

Since the big victory on June 26 of last year, I was, like many LGBT individuals, there on the frontline of acceptance and equality, but that doesn’t mean that I am two thumbs up for marriage. To me, it wasn’t about the fact that I ‘should’ get married; it was more along the lines of that everyone ‘can’ get married.

That is equality, and what we stand for when we push for acceptance is the right to be held equally across the board with all Americans regardless of our sexual orientation. Being equal means that there are some LGBT individuals who don’t believe in marriage, but still want the right to make that choice. I am not saying your partner doesn’t want to get married, what I am saying is that I believe you are holding him to a “should” rather than a “could.” Ask yourself…is marriage that important to you?

Then again, I could be wrong – grab some socks for his cold feet and talk to him. I promise you the best advice I could give is to tell you to communicate with your partner, from the heart, open minded and with compassion. He fell in in love with you for you, and not just for a reason.