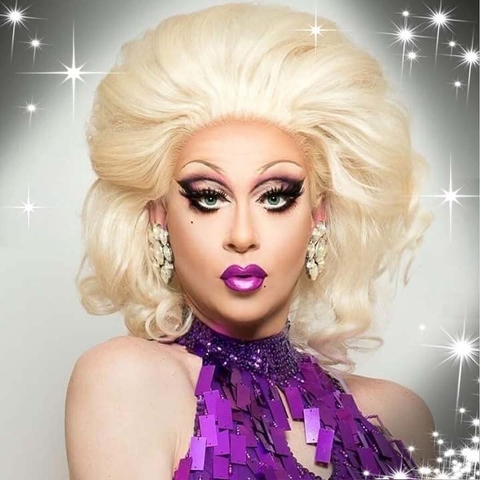 Fancy things are happening at the Hotel Habana these days. There’s a new owner, planned construction and more. But the show must go on, and Erikka Shaye and Teabaggin Betsy are just some of the entertainers who will make sure the OKC community still has tons of fun in the gayborhood.

Tonight, they’ll have the first presentation of Viva La Diva at the Copa inside Hotel Habana.

Shaye has been doing drag and performing for the last four years and shared that her greatest memories as Erikka Shaye have been many.

“From getting crowned Miss Tulsa America, Miss Oklahoma City America, and just most recent Miss Sooner Plains America 2019; to getting my own show at multiple venues. The Copa being the most recent,” she said.

She also adores getting the great reactions from her performances from the audience.

Funniest/most embarrassing moment? “I've developed a bad habit of calling out the wrong bars name when getting on the microphone. And I never realized it until I'm off stage. I think that's pretty funny,” she chides.

We asked Shaye to tell us a secret about her co-host, Teabaggin Betsy. “There's probably not a lot about Teabaggin Betsy that your readers don't know. LOL, but I will say that she is as sweet as she is good-looking as a boy.”

That’s all the “tea” she spilled on Teabaggin Betsy!

She did share an interesting fact about herself. “I am terribly insecure and constantly seeking confirmation on my looks and drag.”

Shaye also shared her thoughts on why our drag performers are vital to the community.

“Performers, drag queens and especially title holders are ambassadors of our community. We bring attention to good causes and raise money for a lot of different organizations that help different people in our community.”

The brilliance behind putting this show together, Shaye said, was Sammy Head, Jackie Calcote and Nick Post (owner of the Copa).

“It’s their baby. They have the vision to bring a production value to the drag shows with choreographed numbers and a set cast that will knock your socks off, as well as special guests.

“The show that I do houses an illusion show, so you're going to see performers doing illusions of your favorite 80s 90s and current artists. It's going to be a great show that people won't want to miss.”

In case you are an out-of-towner, Hotel Habana is located at 2240 NW 40th St. in OKC. The Copa is located just inside the west entrance. Doors open at 9 p.m. tonight and upcoming Thursday’s for Viva La Diva and the show begins at 11 p.m. They promise drink specials, too!

See you at the show.