It’s way past time to legalize pot across the nation 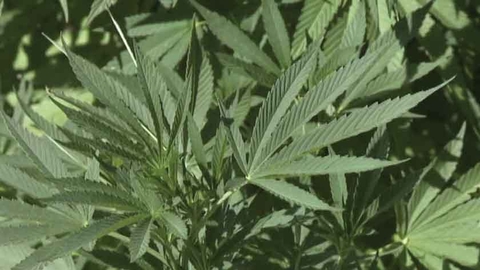 Thirty-three states plus the District of Columbia currently have laws making marijuana legal, either fully for recreational purposes, or partially for medical use. Ten states and the District have full legalization. The 23 remaining states allow medical use, sometimes broadly and sometimes very narrowly.

The federal government continues to outlaw marijuana. Under federal law, possessing pot, growing it and selling it is illegal. Federally chartered banks are not allowed to accept deposits of money associated with marijuana sales, making the sale of pot a cash-only business in the states that allow its use.

The legislation allows states to continue to function as laboratories of democracy and ultimately decide how they will treat marijuana possession. The legislation, however, does not change federal authorities’ ability to prevent trafficking from states where marijuana is legal to states where it is not. The bill also preserves the federal government’s ability to regulate marijuana advertising - just as it does tobacco - so that advertisers cannot target children. Schumer has long advocated for states’ rights when it comes to medical marijuana.

The Trump administration continues to advocate for the failed “War on Drugs.” Former Attorney General Jeff Sessions was among the most dedicated anti-marijuana activists.

Look at this simple set of facts: “According to the ACLU’s original analysis, marijuana arrests now account for over half of all drug arrests in the United States. Of the 8.2 million marijuana arrests between 2001 and 2010, 88 percent were for simply having marijuana. Nationwide, the arrest data revealed one consistent trend: significant racial bias. Despite roughly equal usage rates, Blacks are 3.73 times more likely than whites to be arrested for marijuana.”

In 2016, the number of people in the U.S. in prison for a drug law violation in 2016 was 456,000. Applying the ACLU’s statistic of 88 percent of arrests, that means over 400,000 people are in prison for the non-violent act of using pot. Using the Vera Institute of Justice’s figure of $31, 286 per inmate per year, it costs taxpayers over 12.5 billion dollars a year to enforce the prohibition on marijuana.

Contrast that with the Drugpolicy.org website’s estimate that legalization would yield tax revenue of $47 billion a year, if the currently-illegal drug were taxed at rates comparable to taxes on alcohol and tobacco.

My back of the envelope estimate? States and the federal government could do away with the cost of imprisonment, not to mention the cost of arresting and trying offenders. They’d net almost $60 billion positive results.

New York is considering full legalization of marijuana. New York City Mayor Bill de Blasio backed the effort and called for expungement of all convictions for marijuana-related crimes for use and possession.

That is the way we should go at federal and state level across the country. It would eliminate one of our most offensive examples of racism, end mass imprisonment of people of color and have a positive financial effect on the economy.

Make no mistake about it. Pot remains freely available to anyone who wants it in the 23 medical marijuana states, and in the 17 states where it is banned. If you don’t believe me (I mean, really?) ask some of your friends what the going price is.

With 33 states already on board, it is way past time for the remaining states and the federal government to repeal the prohibition on pot. Tell your senators and representatives to support Sen. Schumer’s bill in Congress.

The editors and staff of The Gayly do not necessarily agree with the opinion of this columnist.