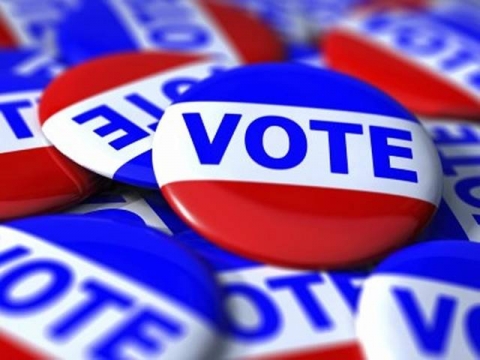 U.S. District Judge Julie Robinson ruled that the state's proof-of-citizenship requirements likely violate a provision in the National Voter Registration Act that requires only "minimal information" to determine a voter's eligibility. She ordered Kansas to register thousands of voters whose paperwork is on hold because they did not comply with the requirement. But she put her preliminary injunction on hold until May 31 to give the state a chance to appeal.

The state immediately said it would appeal. Unless a higher court halts Robinson's order before the end of the month, it would take effect then, clearing the way for those residents to cast a ballot in the upcoming federal elections.

Robinson wrote that "even if instances of noncitizens voting cause indirect voter disenfranchisement by diluting the votes of citizens, such instances pale in comparison to the number of qualified citizens who have been disenfranchised by this law."

The evidence shows only three instances in Kansas where noncitizens voted in a federal election between 1995 and 2013, and about 14 noncitizens attempted to register during that time. The court noted the "magnitude of harm" caused by 18,372 applicants at motor vehicle offices who were denied registration due to the state's proof-of-citizenship law.

Although the registrations of more than 32,000 Kansans were in limbo as of last September, the injunction only applies to those people who registered at motor vehicle offices — a voter registration process that was established by the federal law popularly known as the "motor-voter law."

Early voting for the state's August primary begins on July 13, the judge noted. Robinson wrote that the injunction was necessary because it was unlikely that the case would be decided at trial before the elections.

The American Civil Liberties Union, which filed the lawsuit on behalf of voters, said the ruling means thousands of people will be able to vote in the 2016 elections, and "sends a signal" to other states which may be considering these kinds of registration requirements.

Three other states — Arizona, Georgia and Alabama — have passed similar proof of citizenship laws, said Dale Ho, director of the ACLU's voting rights project. Arizona is the only other state that has actually implemented it, and that state has made sure eligible voters who register at motor vehicle offices make it onto the voter rolls for federal elections.

The federal "motor-voter law" establishes various registration methods, and this lawsuit was brought under a provision of that law that allowed people to register to vote when getting their driver's licenses. The ACLU argued Congress intended for motor-voter registration to involve the "least possible barriers" to allow citizens to vote in federal elections.

Robinson agreed eligibility could be determined by attesting under penalty of perjury that the registrant was a U.S. citizen.

Federal law does not prohibit states from requiring more information to determine eligibility to vote in state elections, and Kansas has a dual registration system that bars people who do not provide proof of citizenship from voting in local and state elections.

Kobach said he plans to appeal Robinson's ruling, saying counties would have to distinguish between people who register to vote at driver's license offices and other prospective voters. Also, he said, the state could still require proof-of-citizenship to vote in state and local elections, making the registration system more complex.

"The court's order would be a nightmare to administer," Kobach said.