Justice and protection for all 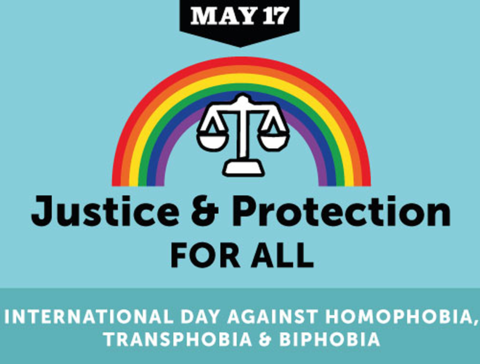 Opinion: We must fight to remove all types of deleterious treatment under the law that impacts any minority group. This May, during International Day Against Homophobia, Transphobia & Biphobia (IDAHOTB), we focus on the LGBTQ+ community.

The date was chosen because it was the day in 1990 when the World Health Organization removed homosexuality from its list of mental disorders, according to May17.org. In many countries, IDAHOTB is a large event and was even commemorated by the World Bank in 2018.

“Justice and Protection For All” is the theme for this year’s events for the day against these phobias. I think it’s a very astute focus to have, because we have these fears enshrined into differential treatment under the law.

May 17 is now celebrated in more than 130 countries, including 37 where same-sex acts are illegal. Thousands of initiatives, big and small, are reported throughout the planet.

In an overwhelming majority of the states in this country it is still a legal defense against a murder charge that you were uncomfortable because of sexual advances performed by someone of the same gender.

According to LGBTBar.org, only three states in our nation have outlawed gay panic defense as a way to lessen a murder charge to manslaughter. Fear of “homosexuals” which results in murder is wrong enough but that murder being treated like an accident by our court systems is a societal tragedy.

Could you imagine if women could take straight panic defense and start shooting men with their open carry guns after having been unwantedly groped on a dance floor? After that court case legislators would be tripping over themselves to change the law.

Together we can make a change to the laws by which we are governed by influencing those who make the laws or by electing new people to do so that will change the laws to make them less discriminatory. So I ask you the readers to call your state representatives and senators and let them know you want a more equitable society with justice and protection for all because you have decided to stand against homophobia, biphobia and transphobia.