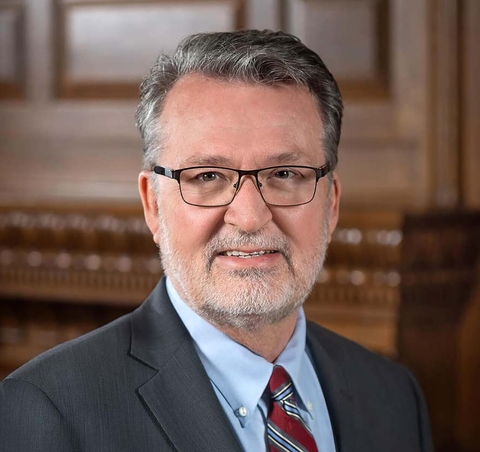 Kansas Lieutenant Governor Lynn Rogers will be featured as the keynote speaker at the rally kicking off Wichita Pride’s Unity March on Saturday, June 29.

The rally and march will kick off Wichita Pride’s 2019 celebration, and begins at 10 a.m. in Old Town

At 11 a.m., the march will leave Old Town for Hyde Park at the intersection of Ellis and English in downtown Wichita.

“The Kansas LGBTQ community is grateful for the statements that have been made by Governor Kelly and Lieutenant Governor Rogers regarding our community,” said Stephanie Byers, Communications Director for Wichita Pride.

“The support we’ve received from the Governor and Lieutenant Governor is an unprecedented recognition of Kansas’ LGBTQ community,” Byers said.

“As an ally, it is an honor to be invited to join in the celebration,” said Rogers. “Governor Kelly and I want every member of the LGBTQ community – especially the young members - to know we see you, you matter, and your voices are important to the future of our state.”

Lt. Governor Rogers will be joined by LGBTQ community leaders in commemoration of the 1969 Stonewall Riots, considered by many to be the beginning of the modern LGBTQ rights movement in the United States.

“The huge strides made by our community in the past several years are truly amazing,” said Thomas Witt, chair of the 2019 Wichita Pride committee and Equality Kansas Executive Director.

“Governor Kelly has issued a proclamation designating June as LGBTQ Pride Month, and on her

first full day in office signed an executive order protecting LGBTQ state employees from discrimination. Lt. Governor Rogers’ appearance at our event highlights the progress we have made.”