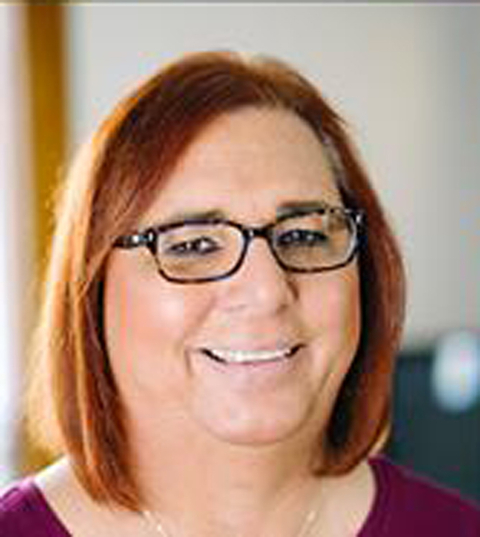 GLSEN, the leading education organization working to create safe and inclusive K-12 schools for LGBTQ youth, today announced they will honor E.O. Green Junior High School GSA, PRISM as GSA of the Year, and Stephanie Byers as Educator of the Year, at the 2018 GLSEN Respect Awards.

This year’s gala will take place on Monday, May 21st at Cipriani 42nd Street.

Stephanie Byers, Educator of the Year

Stephanie Byers was born to biracial parents (Native American/Caucasian) in 1963. She holds a Master’s Degree in Music Education from Kansas State University. In 1991, she began her current position of Instrumental Music Educator at one of Kansas’ largest, most diverse high schools, Wichita High School North (a Title 1 school).

Byers spoke with The Gayly, "Each of us have our own perspective and this is mine. All should be treated with dignity and respect-especially when it comes to the aspects of being human that we have no control over. I can no more choose to be trans than I was able to choose to be born with brown eyes or brown skin. Trans is who I am, not what I choose. I choose to educate others in this. I choose to help others gain an understanding of the difficulty that LGBTQI + people face just existing in a society that doesn’t always understand. It is my hope that, someday, being trans is no more of an identifier than being green-eyed or left-handed. Being trans shouldn’t be anything other than another beautiful variation of being human.

"Until that moment comes, I will use my gender identity to help lay down the pathway in the hearts of those who need the understanding."

In 2014, she came out as a transgender woman. Since transitioning, she has advocated at the State Capitol, meeting with local administrators to advocate for the needs of transgender students. Since then, she's met with and spoken to LGBTQ youth, participated on panels for the “National Day of Coming Out,” chaperoned the GLSEN Greater Wichita’s “Day of Advocacy,” and trained future physicians around transgender health care. She has educated colleagues, students, and area parents about transgender identity. She and her wife, Lori Haas, frequently present a “Trans 101” workshop to therapists and others behavioral health professionals and are developing an Educator Training with the local GLSEN chapter.

“In a deeply red state where schools are critically under-resourced, Stephanie Byers has had a long career as a dedicated and exceptional educator both before and after her transition. Since coming out as transgender, Stephanie has continued to excel as a teacher while also becoming an outspoken leader for safe and inclusive schools and a beacon of light to hundreds of transgender youth and their parents across Kansas,” said Eliza Byard, GLSEN Executive Director. “Stephanie is a champion for LGBTQ youth in the classroom, during school board meetings, and in the state capitol, working with GLSEN Greater Wichita to secure students’ right to a safe and affirming learning environment. In her brave dedication, Stephanie is a shining example for LGBTQ youth, and a reminder to us all, of the difference educators everywhere, can make in the lives of students. We are honored to present Stephanie Byers with GLSEN’s 2018 Educator of the Year Award.”

The GLSEN Respect Awards were introduced in 2004 and have since been held annually in Los Angeles and New York.  The award show honors the work of student leaders, educators, community organizers, and corporations who serve as exemplary role models and have made a significant impact on the lives of LGBTQ youth.