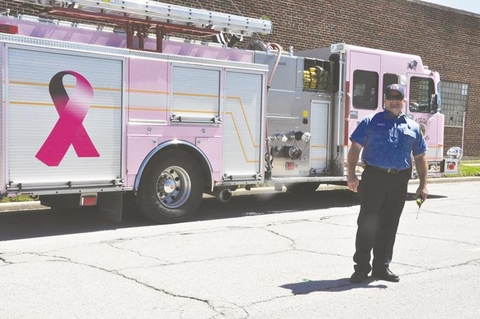 This is great progress, but there are still women (and men) who do not take advantage of early detection at all and others who do not get screening mammograms and clinical breast exams at regular intervals. Unfortunately, women age 65 and older are less likely to get mammograms than younger women, even though breast cancer risk increases with age.

“My initial reaction when I was diagnosed was to imagine what my funeral would be like,” said Mary Ann Johnson, a breast cancer survivor. “But once I educated myself and realized the advances that have been made, I saw there was hope.

“It’s true what they say, ‘knowledgeis power.’ After I realized what my options were and that my chances of surviving this were very good, I had a 'Bring it on!' attitude.” Johnson said she underwent treatments that were at times uncomfortable but for her, the outcomes were very good.

“Women over 40 need to be mindful of keeping up with those early detection methods like mammography and clinical breast exams,” added Johnson. “Breast cancer death rates would drop much further but the key to mammography screening is that it be done routinely; once is not enough.”

Founded in 1985, the National Breast Cancer Awareness Month program is dedicated to increasing public knowledge about the importance of early detection of breast cancer. Fifteen national public service organizations, professional associations, and government agencies comprise the Board of Sponsors, who work together to ensure that the NBCAM message is heard by thousands of people each year to continue to promote good breast health.

For more information about NBCAM, please visit www.nbcam.org. For additional information, please call one of the following toll-free numbers: American Cancer Society, (800) 227-2345; National Cancer Institute (NCI), (800) 4-CANCER; or Y-ME National Breast Cancer Organization, (800) 221-2141. Any of these numbers can help you get local assistance.

The Komen Foundation was founded by Susan G. Komen’s sister, Nancy, who believed that Susan's outcome might have been better if patients knew more about cancer and its treatment; she promised her sister that she would do everything she could to end breast cancer. Komen was just 36 when she died in 1980.

About 1 in 8 U.S. women (just under 12%) will develop invasive breast cancer over the course of her lifetime.

About 85% of breast cancers occur in women who have no family history of breast cancer. This is due to genetic mutations due to the aging process and life in general, rather than inherited mutations.

In 1993 Evelyn Lauder, Senior Corporate Vice President of the Estée Lauder Companies founded The Breast Cancer Research Foundation and established the pink ribbon as its symbol, though this was not the first time the ribbon was used to symbolize breast cancer (in 1991, Komen had handed out pink ribbons to participants in its New York City race for survivors).