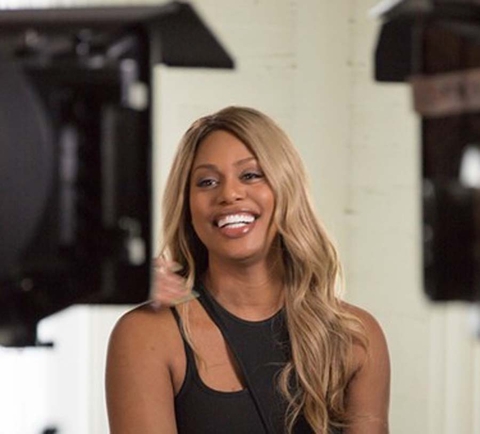 The defining feeling in the LGBTQ+ community of the past week has been whiplash.

On June 12 -- that is, on the fourth anniversary of the Pulse gay nightclub massacre -- the Trump administration moved to wipe away an Obama-era regulation prohibiting discrimination in health care against transgender patients. In a statement, the Department of Health and Human Services announced a return to interpreting sex discrimination "according to the plain meaning of the word 'sex' as male or female and as determined by biology."

Then, just three days later, on June 15, the Supreme Court handed down a landmark win for LGBTQ rights, ruling that federal civil rights law protects gay, lesbian and transgender workers. The irony was clear: Trump's war against LGBTQ people -- especially transgender Americans -- was undercut by one of his very own Supreme Court appointees. "It is impossible to discriminate against a person for being homosexual or transgender without discriminating against that individual based on sex," Justice Neil Gorsuch wrote for the majority.

In its own way, Monday's victory is a microcosm of America's changing attitudes on questions around gender and sexuality.

This evolution, specifically as it concerns transgender and nonbinary people, is one of the broad themes of "Disclosure," Sam Feder's expansive and vital new documentary. ("Orange Is the New Black" actress Laverne Cox is an executive producer.)

On its face, the film is about transgender representation on screen -- in everything from TV shows such as "The Jeffersons" and "The L Word" to films such as "The Silence of the Lambs" and "The Crying Game." But "Disclosure" is also a window into how these portrayals can both reflect and reinforce the offensive caricatures that have long hovered over transgender people off camera, and how bracing it's been to see at least some depictions break with the harmful stereotypes of the past.

I recently spoke with Feder about his inspiration for the documentary, the complicated emotions involved in returning to beloved pieces of culture, and the relationship between art and activism. The following conversation has been lightly edited for length and clarity.

Could you tell me about the documentary's title?

So much of the problem with depictions of trans people is rooted in the idea that we're not real, that we don't exist. In part, this is the trope of disclosure -- a moment when it's revealed that you're not the person someone thought you were. I'd argue that this is a pervasive experience both on and off screen. And it's a violent and troubling thing to have to think about all the time: the need to disclose, the expectation to disclose.

As (the actress and writer) Jen Richards says in the movie, it sets up this dynamic where the other person's feelings matter more than yours. That's a weight that trans people walk around with. If people don't know that you're trans, it's as if you're responsible. The responsibility lies with you to tell them because of how they might feel about it. It's very twisted.

One thing that's so thrilling about "Disclosure" is its scope: It incorporates many different clips from TV shows and movies -- going back as far as the early 1900s -- and feels like a companion piece to Rob Epstein and Jeffrey Friedman's 1995 documentary, "The Celluloid Closet." What work influenced you as you were creating your movie?

The two documentaries I always cite as having changed my life are "The Celluloid Closet" and "Ethnic Notions" (1987). The latter was made by a queer Black filmmaker named Marlon Riggs, who died in 1994 of complications from AIDS. He was an experimental filmmaker and made several documentaries, including "Ethnic Notions," which is about representations of Black people in Hollywood and popular culture.

These two films were fundamental to my understanding of my relationship to media and culture. Watching "The Celluloid Closet" as a queer person, I learned about ideas I'd internalized about myself. Watching "Ethnic Notions," I gained insight into racist ideologies I'd internalized. "Ethnic Notions" brilliantly goes into real-life history in a way I also try to do in "Disclosure," in terms of depth and nuance.

I spoke with Epstein early on in my research, and he told me how he made "The Celluloid Closet" and gave me some tips. I wish that I could've met Riggs for many reasons, but I was able to talk with one of his archival researchers who worked on the film.

What was it like to revisit certain TV shows and movies? For me, it was jarring to re-watch the scene from "Ace Ventura: Pet Detective" (1994) when Jim Carrey's character publicly "reveals" that the police lieutenant is a transgender woman -- and then everyone starts retching.

It was bittersweet to have conversations with adults about their childhood experiences and hear how they didn't understand what they'd seen until they were older. It was heartbreaking and sweet to witness.

I looked for instances when creators and actors talked about their work, and it was striking to see how, often, they didn't think that trans people were real. I just read an interview with Jim Carrey from August 2019. He was trying to be accountable (for "Ace Ventura"). He was saying: Maybe I'd make this movie differently today, but people don't understand that I was making fun of homophobia, that I was making fun of the fact that I'd kissed a dude. He still doesn't understand that this woman is a trans woman. Yes, you're showing how ridiculous homophobia is -- but what about the transphobia?

It's moving to hear the interview subjects talk about how complicated their feelings toward certain slices of TV and cinema are. They critique without rejecting whole hog. It reminds me of what the queer theorist Eve Kosofsky Sedgwick wrote in 2003, about how "selves and communities succeed in extracting sustenance from the objects of a culture -- even of a culture whose avowed desire has often been not to sustain them." Does this tension track with your own experiences?

I think that people try to characterize things as "good" or "bad" because doing so makes us feel safe. It makes us feel like there's order. So we think that things are going to make more sense when we have neat boxes. But when we step back, we realize how complicated everything is, and that it's not a threat or a disservice to our feelings to allow space for these complications. The pain is just as real when you acknowledge the joy.

For instance, in my opinion, "The Crying Game" (1992) is a masterful piece of filmmaking. It's political. It's beautiful. And it was one of the most damaging representations of trans people I saw as a teenager.

When "The Crying Game" came out, there was this huge media campaign around the secret: Don't tell the secret. Oh, my gosh, this is a huge secret. Don't tell your friends the secret. The secret is that the woman is trans. And the reaction to her being trans is about 45 seconds of vomiting by her lover.

How do you see "Disclosure" fitting in with activism?

I identify first and foremost as an activist, and I use filmmaking as a tool for activism. "Disclosure" was made with a new world in mind: from how we conducted the interviews to how we paid everyone on both sides of the camera to how we prioritized hiring trans people.

I think that this desire for something different connects with the moment we're in. The social uprisings occurring across the country are in support of a community that's faced centuries of systemic oppression. And trans people, especially Black trans people, know this experience deeply and intimately. "Disclosure" underscores how patriarchy, White supremacy and capitalism, among other things, further oppress our most marginalized.

Do you feel optimistic when you look around at transgender representation today?

We have a long way to go. At times, my producer and I were the only ones working on "Disclosure." If an independent documentary team can do things differently, people who have the backing of a studio have no excuse not to do the same.