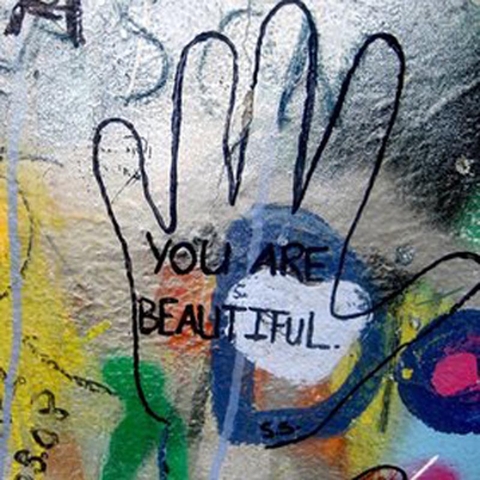 Thinking of the past can be nice, but sometimes, less-than-pleasant memories seem to be the easiest to recall. National Bullying Day comes on November 15th, and between this day and my constant daydreaming, I have begun to revisit memories I imagine are quite familiar to my dear rural gays.

Being gay and living in a small town are two things that don’t usually mesh well together. I wasn’t out until my late teens, but since I can remember, I’ve looked like a tomboy. Not only this, but I have a disability that makes me look much different than your “average Joe” as well. All these elements of my life combined to create a childhood that was hostile at times, and overall, rather lonely.

Though I may not have had many peers in my youth, I still had kind mentors guiding me along the way. Those people made it possible for me to be who I am now. In kindergarten, when I was the only one not playing with friends, my wonderful teacher Mrs. Perkins always sat with me. She took me to lunch on weekends, and to this day, we write letters to one another.

When I was 10, I went to my first art lesson with a woman named Ms. Lynn, who changed my life with her empathy. We would sit, draw, and she would listen attentively to all the stories I had saved up for her in a week. For five years she was my dearest friend, and at 16, I met another artist named Fraser, who spoke kindly to me during a time when I had very little. Between these loving individuals and my dear family, living was made possible.

For a time in my youth, I didn’t want to exist anymore. I dreamt of being a swash of paint in a world of my design because then I wouldn’t be gay or straight, I wouldn’t be normal or disabled, I wouldn’t be liked or disliked; I would just be paint. The people who kept me here are those listed above. I had four or five people in my life that I knew would be saddened by my disappearance, and although I couldn’t talk to them about being gay at the time, I still knew I would make them sad if I went away.

Lesbian, gay, and bisexual youths are about five times more likely to commit suicide than their heterosexual counterparts, and almost half of the transgender community has attempted suicide before the age of 25. Being young is already so scary, but having to deal with problems that can’t be talked about for fear of one’s own safety is terrifying.

No one, no matter the age, deserves to walk their path alone, and all of us rural gays can make sure that doesn’t happen for others. Empathy is a powerful tool, and I am sure many, if not most of you country, gays understand the sting of feeling stranded.

Rarely do we ever find out if we’ve saved someone’s life or even if we made it better at all, but it is so worth trying for even the chance to be a Mrs. Perkins, a Mrs. Lynn or a Fraser.