Legal rulings could force Texas back into federal oversight 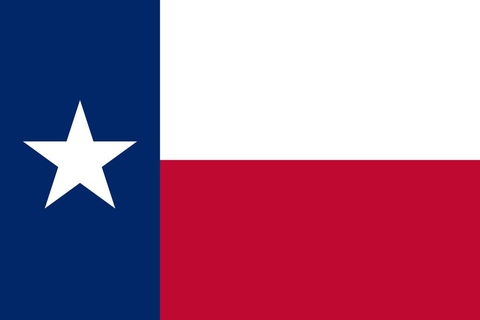 Texas may be the first state forced back under federal oversight. File photo.

AUSTIN, Texas (AP) — A run of legal defeats over its voting laws means Texas could risk becoming the first state forced back into federal oversight since the U.S. Supreme Court struck down key parts of the Voting Rights Act four years ago.

The justices' 2013 ruling struck down a provision in the 1965 law that required Texas and other states with troubled histories of racial discrimination to "pre-clear" any voting law changes with the federal government before enacting them. However, it left standing a scarcely used provision in the act that minority groups are now embracing as an emergency brake.

Under the provision, the preclearance mandate can be restored if a state is found to intentionally discriminate against minorities. On Thursday, a federal court reached that conclusion about Texas for the third time in roughly a month — decisions dealing with its voter ID law and Republican-drawn electoral maps.

The possibility of Texas returning to federal oversight is likely still down the road, since more pressing for Democrats now is getting a federal court to order new Texas voting maps for 2018 after racial gerrymandering and voter dilution were found in the ones originally drafted by Republicans in 2011. The latest 2-1 decision by a federal panel in San Antonio this week found race was used in statehouse redistricting to intentionally "undermine Latino voting opportunity."

New maps could make some congressional Republicans in Texas more vulnerable in the first midterm elections under President Donald Trump, and potentially swing seats to Democrats in the Legislature, where Republicans currently have overwhelming control.

But opponents of Texas' voting laws say they will press courts to again require the state to fall under federal "preclearance" before changing future voting laws.

Similar efforts are also unfolding in North Carolina, where a voter ID law that was struck down as racially discriminatory could be taken up by the Supreme Court early as Monday.

Republican Texas Attorney General Ken Paxton said this week he is confident the state will ultimately prevail. His stance is that the recent redistricting rulings are moot because they pertain to maps that were redrawn by courts before ever being used in an election.

The original maps were drawn following the release of 2010 U.S. Census Bureau figures that showed Hispanics accounting for two of every three new Texas residents in the previous decade. Texas GOP legislators bristle at claims they passed a strict voter ID law — which courts have since weakened — and voting maps with the purpose of undermining the growing electoral power of minorities.

"I disavow that. Did anybody here intend to discriminate against minorities when we voted that?" Republican state Rep. Larry Phillips said on the House floor earlier this month. "That's what we were just told.

They were saying we intentionally did that. We had intent to do that. I reject that."

His words were punctuated by applause in the chamber, which Republicans control 95-55.

In 2013, the Supreme Court effectively gutted the part of the Voting Rights Act under which all or parts of 15 mainly Southern states had been required to submit all voting changes for approval from Washington before they could take effect. That decision, written by Chief Justice John Roberts, said it was no longer fair to subject those jurisdictions to strict federal monitoring based on data that was at least 40 years old.

Texas is already home to the first local government forced back under preclearance: a federal judge in January required the Houston suburb of Pasadena to submit voting changes to the U.S. Justice Department.

Michael Li, an elections expert with the New-York based Brennan Center for Justice that helped sue over Texas' voter ID law, said there have been few preclearance battles like the ones opponents in Texas are now waging. He said courts could wait until Texas appeals the recent findings of intentional discrimination before weighing whether the state again needs federal supervision.
___
By Paul J. Weber. Copyright Associated Press.
The Gayly - 4/21/2017 @ 3:57 p.m. CST