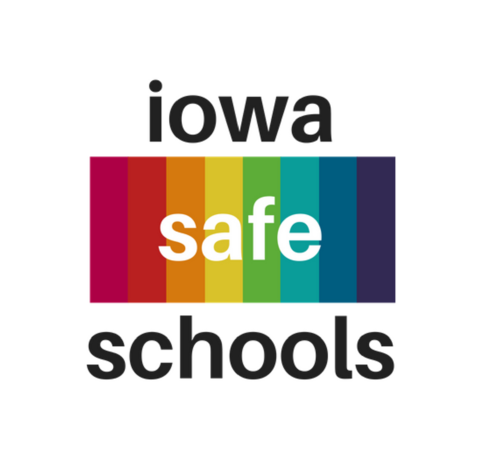 LGBTQ rights group Iowa Safe Schools is accusing the Iowa State Patrol of breaking the law during an incident at the State Capitol.

It stemmed from Iowa Safe Schools’ Students Day Thursday. ISS says several transgender students were removed from the building for using the bathroom of their choosing.

Part of the exchange was caught on camera.

The trooper, who identifies himself as Sgt. Underwood, is heard saying, “I'm not going to allow some underage female possibly to get touched or fondled or whatever else could possibly happen in there. Your civil rights will be respected, but when it gets to some type of sexual activity, which is possible … [unintelligable]. So don’t even go there, you understand me? I’m not in the mood, I’m not gonna put up with that type of argument. Your civil rights will be respected but not in that incident.”

The argument then spilled into the rotunda, with State Troopers ordering the group of students to leave the building.

“Today was our annual Student Day at the Capitol, an event for LGBTQ youth to come and meet with lawmakers about issues impacting the LGBTQ community. We had incredible progress today with over 250 LGBTQ youth advocating for the issues important to them. In the afternoon, the Iowa State Troopers and Capitol Security began to harass and bully LGBTQ youth because of the restrooms they were using. The Iowa Civil Rights Act is clear - gender identity is a protected class and so is public accommodation. The troopers and security forced students from the restrooms. In the end, the state troopers forced every LGBTQ youth out of the capitol for no reason other than transphobia. This is a violation of law. This is a violation of students' rights. There must be consequences for the troopers and capitol security for harming children.”

Iowa Safe Schools is calling for the Troopers involved in the incident to be disciplined and is also asking for an apology from Gov. Kim Reynolds.

The ISP says the action was prompted by a complaint from the public of adult and minor females occupying a male restroom.

The ISP tells us, "On three separate occasions, Capitol security requested the adult and minor females discontinue the use of the male restroom and directed them to the gender-neutral restrooms located in the capitol should they so desire."

State Troopers escorted the group out of the building when they refused. According to the Iowa Civil Rights Commission, “Iowa law does not prohibit places of public accommodation from maintaining separate facilities for the different sexes, so long as they are comparable. The new law does require, however, that individuals are permitted to access those facilities in accordance with their gender identity, rather than their assigned sex at birth, without being harassed or questioned.”

Another LGBTQ advocacy group, One Iowa, is also calling for an apology from the ISP over the incident and wants Troopers to undergo more training on Iowa's Civil Rights Act.

BY WHO web staff in Des Moines, IA via The-CNN-Wire™ & © 2020 Cable News Network, Inc., a WarnerMedia Company. All rights reserved.