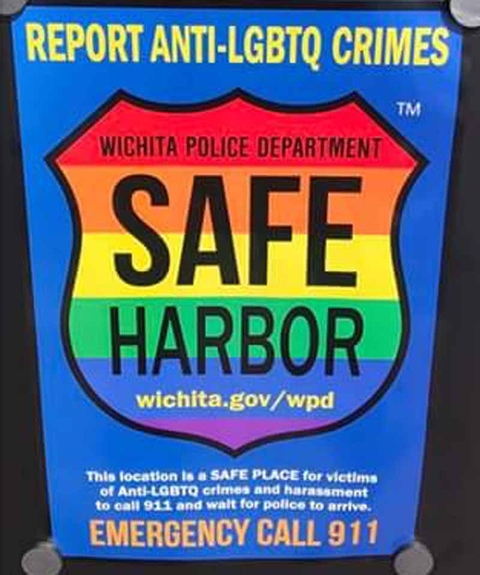 The Wichita Police department and Starbucks have initiated the "Safe Harbor" Initiative to provide a safe space to the LGBT community for reporting crimes against them. Photo Wichita Police Department.

Yesterday, the Wichita, Kansas, Police department announced that they are partnering with Starbucks’ locations in the city to launch a Safe Harbor Initiative. The program, which police and Starbucks have initiated in other cities, aims to provide a safe space to the LGBT community and refuge to victims of hate crimes. All nine Starbucks locations in Wichita are participating. 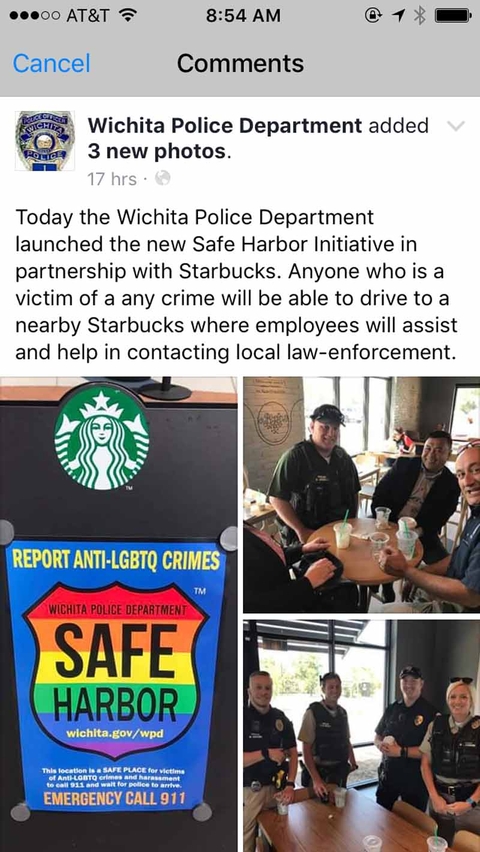 According to The Wichita Eagle,“The program began in Seattle in 2015 with the name ‘Safe Place.’ The effort was put in place to reduce bias crimes and foster trust between the LGBT community and police. Wichita police began working on the program last October.”

“Staff at every Starbucks store in Wichita are trained to assist those who need it and contact authorities,” said KSN.com, a Wichita TV station. “The police department has recently created liaison positions for the LGBTQ community, and one officer said that this partnership with Starbucks will help.

Sgt. Kimball is one of the Wichita Police department’s LGBT liaison officers.

The department’s announcement prompted a lot of discussion on the department’s Facebook page, with many praising the department. There were also a number of shockingly homophobic comments on the page, which point to the ongoing need to fight hate crimes.

Responding to questions about the inclusivity of the program, the department replied that the initiative is for everyone, saying, “During our press conference today we mentioned it’s for everyone, the history of this initiative started through the LGBTQ community and Starbucks back in 2016, however this applies to everyone.”