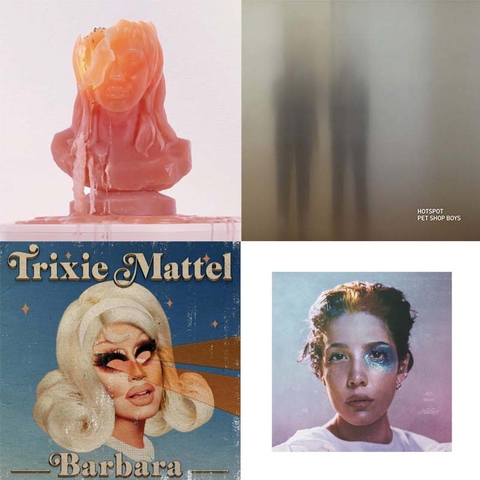 After the lengthy legal battle against former producer Dr. Luke, and the subsequent country-rock reckoning of Rainbow, Kesha attempts a return to the carefree party anthems that jumpstarted her career.

After a pivotal, career-redefining transition such as Rainbow, High Road feels like a regression to decade-old songwriting tropes and prankishness. Sadly, this only serves to call into question the veracity of her Rainbow makeover and feels strained and forced.

After everything that’s gone down the past few years for our dear Kesha, listeners would probably respond favorably to an album of festive bangers, if only they weren’t so soulless and shallow in opposition to the preceding material.

She wails “I’m taking the high road / high as fuck, and these assholes won't shut up” - a far cry from “I'd forgot how to daydream / So consumed with the wrong things, but in the dark, I realized this life is short / And deep down, I'm still a child” on the title track of Rainbow.

Neil Tennant and Chris Lowe’s newest album is their third in a pre-planned trio of albums to be produced by hitmaker Stuart Price (who also produced Madonna’s stellar Confessions On a Dancefloor), after 2013’s Electric and 2016’s Super.

The previous two albums saw the duo in rare form, returning to the dance floor in full force with some of the best material they’d released in more than a decade. With such a high bar to maintain, it can occasionally feel like Hotspot is a wee bit of a letdown in comparison.

Sonically, it’s somewhat of a departure from the previous two albums in that it’s not a non-stop club fest but feels more organic. Never one to stand still for long. The move is mostly unsurprising.

Highlights include the Please-era soundalike opener Will-o-the-wisp, Dreamland (feat. Years & Years’ Olly Alexander), the Chic-esque Monkey Business, and the lite strummer Burning the Heather which itself sounds like it was lifted from their 2002 acoustic-heavy Release.

Riding on the success of her two previous studio albums and a hit documentary, Drag Race All Stars 3 winner Trixie Mattel opts for a groovy new 60s-inspired sound on her third release, Barbara.

Jangly Fountains of Wayne-esque guitars riff throughout much of the album, though Mattel’s folk and Americana sounds still pop up here and there, notably on Gold and I Don’t Have a Broken Heart.

On the sonic evolution of Barbara, Trixie recently told Billboard, “I'm obsessed with chronology. Two Birds was '50s radio country a little bit; One Stone was folk revival, like early '60s; and for this one, I wanted to go more post-Beatles Invasion, beach bimbo, B-52s-meets-Blondie-meets-Fountains of Wayne. It's this 2000s sound with a super '60s aesthetic.”

The album also notably contains a stirring cover of queer country pioneers Lavender Country’s 1973 song I Can’t Shake the Stranger Out of You, retitled here as simply Stranger.

The album finds Halsey exploring twentysomething angst and chasing ever-elusive bliss. While her debut, Badlands, and its 2017 follow-up Hopeless Fountain Kingdom were both thematic concept albums, Manic is rooted directly in the here and now of Halsey’s daily life and struggles. Ever seeking peace, Halsey manages to curate a beautiful travelogue of the journey, even though she won’t find it in these songs.

On opener Ashley, she ponders, “Seems like now it's impossible to work this out / I'm so committed to an old ghost town / Is it really that strange if I always wanna change?”

She explores loneliness, anxiety, purchasing real estate, losing her hair, falling in love with an addict, and stress over responsibility to young fans, with lines like “I remember the names of every single kid I’ve met / But I forget half the people who I’ve gotten in bed.”