Listen OUT: "Sex & Cigarettes," "One Stone" and more 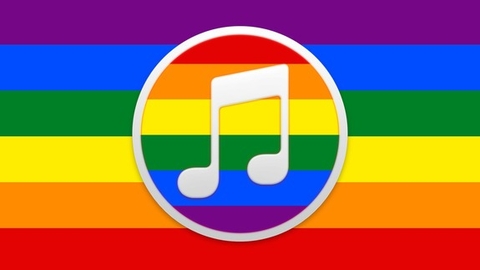 On this brief seven-song outing, America’s Next Drag Superstar brings the same smart lyrics and straightforward country sensibilities we came to love on her debut Two Birds.

The album opens with the lilting “Little Sister,” about the trappings of small-town life and traditional gender roles.

Next up is the hand-clapping pop-country strummer “Break Your Heart,” a cheerful ditty despite its subject matter, where Mattel sings “I never meant to break your heart, but I’d do it again.”

“Soldier” is a midtempo ballad about personal growth through trial and error, followed by the plaintive “Red Side of the Moon,” about the endurance of true love.

Rounding out this strong set are the plugged version of recent acoustic single “Moving Parts,” followed by quiet navel-gazer “The Well” and “Wind Up Man,” a jaunty tune about loving the perfect man – who happens to be a robot. One Stone succeeds in proving this songbird’s no one hit wonder.

On Years & Years’ new single, “Sanctify,” frontman Olly Alexander celebrates being gay and aims to meld the LGBT+ experience with spiritual transcendence, as he declares in the chorus, “I sanctify my sins when I pray.”

The song also deals with Alexander’s personal experience with men who identify as straight but have desires for other sexualities that they struggle to confront.

The pulsing electronic track builds neatly on the soundscape of their excellent 2015 debut Communion, sounding like a fresh, if safe, direction forward for the band.

The accompanying music video is set in an AI-dominated culture in which humans have become a rare form of entertainment. In the stylish clip, Alexander is “retrieved” from the wild and brought to the futuristic android city of Palo Santo to perform for what is presumably the society’s leaders, filmed for an eager public.

An as-yet-untitled album is expected later this year.

Cyndi Lauper - Bring Ya To the Brink

Released in May 2008, BYTTB celebrates its 10th anniversary this month, and as such, I decided to look back on this underrated album from Lauper’s eclectic oeuvre.

Lauper, an unabashed LGBT+ advocate for decades, has long been known for her artistic adventurousness, and after 2005’s lowkey The Body Acoustic, she enlisted the help of some of the hottest acts of the day for an electronic tour de force.

Some fans were surprised by her foray into dance music, but not this reviewer. BYTTB always felt like a natural progression of Lauper’s most upbeat (particularly early) material.

With help from Kleerup, Basement Jaxx, Max Martin, Richard Morel, Dragonette, The Scumfrog, and Axwell, Lauper gives us a mix of diva anthems, kooky electronica, and synth-pop ecstasy on euphoric tracks like “Echo,” the driving empowerment anthem “Same Ol’ Story,” and the dancefloor filler “Into the Nightlife.”

A decade on, the album still sounds hot and ranks as one of Lauper’s best.

On her first solo album since 2010’s Pulse, the longtime LGBT-advocate details the trials and tribulations of love that’s seen better days.

The surprisingly short eight-song set features the hit singles “Deadwood” and “Long As I Live,” and features Braxton’s rich instrument sounding as lush and warm as ever.

Despite the heartache and disappointment, the husky-voiced diva retains her strength; she’s a woman who knows what she wants, and anything less is off the table. She sings from the perspective of a woman used to her lovers not living up to expectations; who has nonetheless not given up on love.

The quick 30-minute runtime is an advantage here; every song is excellent, and the collection is her best release in years. Colbie Caillat guests on the sensitive rejection tale “My Heart,” one of only three true ballads, along with the title track and “FOH,” on an album of otherwise mid-tempo smokers.