For the love of queens and kids 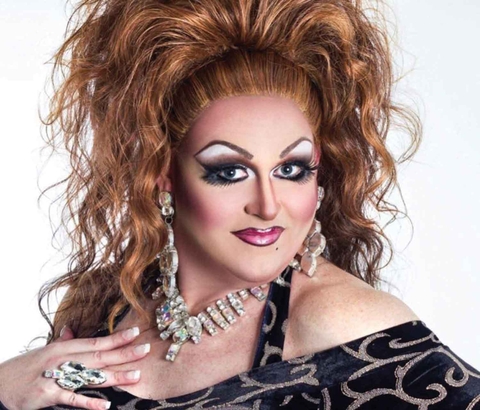 What is it about a glittering, magical drag queen we all seem to love? Perhaps it’s their beauty and style, or possibly it’s that we love to laugh and be entertained.

In Tulsa, Drag Queen Story Hour (DQSH) started just a few months ago at local bookstore, Glory Books. “It’s a celebration of diversity and inclusion,” said bookstore owner, Kris Rose. “We try and pick books that have a theme of acceptance and diversity.” 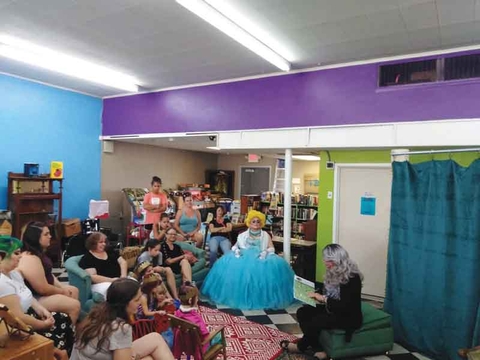 Rose said the queens are free to suggest books they would like to read, and they have been offered use of the kids’ books from Tulsa’s Oklahomans for Equality.

“We started this for those of us who don’t have kids, to interact with kids and bring them some entertainment, show them that its okay to be different ‘cause it’s who you are,” said Taylor Harrell, a Tulsa entertainer.

In Oklahoma City, it’s Ms. Shantel who began hosting DQSH in OKC earlier this year. She has performed as a drag queen for 17 years in this area. 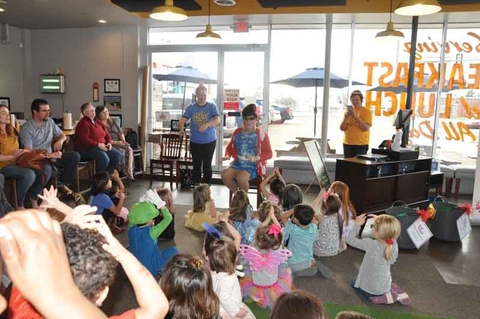 “Drag Queen Story Hour is a chance for kids to be whoever they want for an hour with no questions asked. Our books are all chosen with the common theme of ‘it’s okay to be you.,’” Ms. Shantel said in an interview earlier this year. 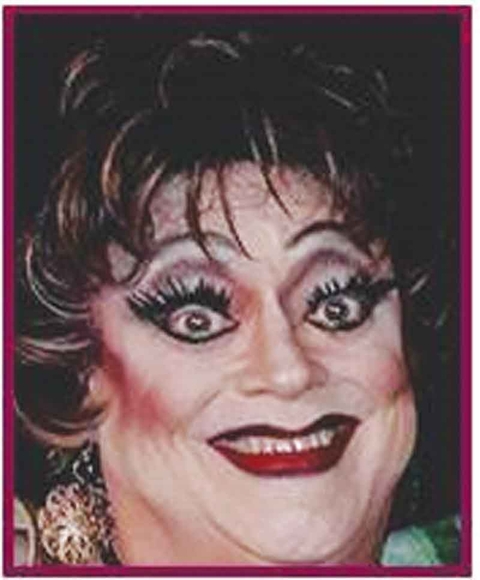 Tulsa’s queens are a rotating cast of Vivian Devereaux-Fontaine, Anita Richards and Violet Dementia. Each queen reads one book, usually with a theme about diversity, or they choose one they loved from childhood.

“Vivian read Sparkle Boy, which is a book I picked out from the suggested book list that the national Drag Queen Story Hour has posted on their website,” added Rose. “It’s a book about a younger brother who wants to wear the same sparkly accessories that he sees his older sister wearing.

“The mother, father, and grandmother in the book allow him to wear whatever he wants, while the older sister gets more and more upset that he’s stealing her thunder. Eventually, they all go to the library together, the brother wearing all the sparkly accessories he owns, and gets mistaken for a girl. When he asserts that he is, in fact, a boy, not a girl, the kids start to tease him about his clothing. The older sister then comes to her brother’s defense by telling off the mean kids and reassuring her brother that he is just fine being himself.”

Popular on the east coast, DQSH celebrates reading, fun and being who you want to be. Children and their families enjoy a fun afternoon led by local drag superstar, Ms. Shantel who reads a story, leads the children in a craft and wraps up with a dance party.

OKC’s DQSH came together when Kelli Dupuy contacted Ms. Shantel. Dupuy always wanted to go to DQSH and thought, “I’m not going to make it to Brooklyn anytime soon so let’s bring some Drag Queen Story Hour to OKC.”

Having known Ms. Shantel for years, she asked her to be the queen. “Shantel is incredible. We just wanted to bring a little magic, a little glitter to Oklahoma City.”

Aly Cunningham at NW OKC’s Sunnyside Diner extended an offer for the location and provides snacks for the events. 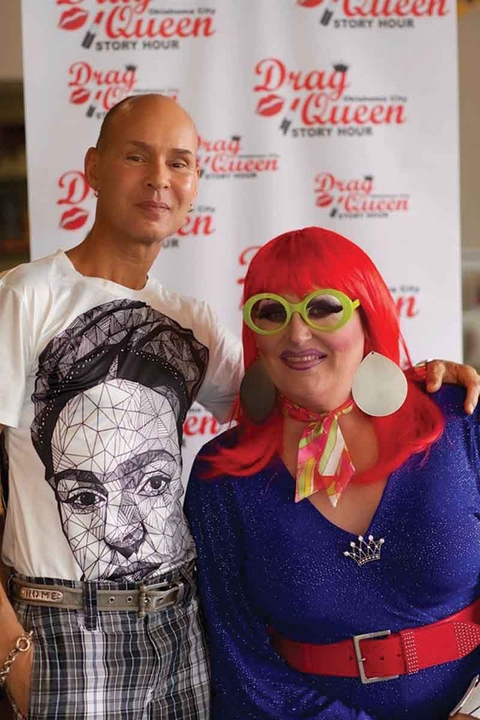 Ms. Shantel said she loves being on stage because “If I can help someone forget their troubles and put a smile on their face during my show I’ve accomplished what I was trying to do. I have always been an entertainer and being in the spotlight motivates me to be the best I can be.”

As a teacher, she said, “I have always loved education and working with kids hoping to make a difference. Now, I’m able to combine both my passion for drag and education, and hopefully change a child’s life by letting them know it’s okay to be whomever you would want to be.”

In OKC, DQSH is held the second Saturday of each month at Sunnyside Diner, 916 Northwest 6th Street,

Oklahoma City DQSH was inspired by DQSH, created in 2014 by Michelle Tea and RADAR Productions to bring children, families and drag queens together for celebration and fun. To organize this event in your city, visit www.dragqueenstoryhour.org.