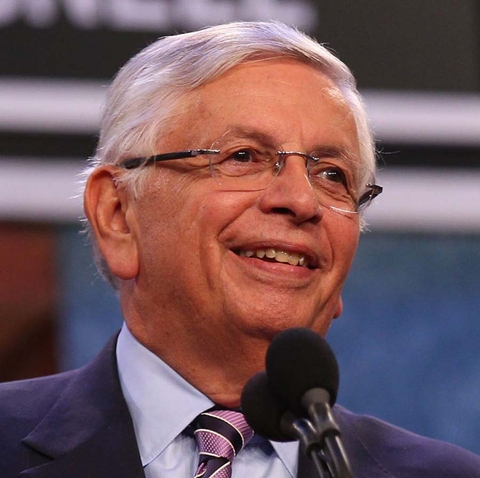 The NBA was a far different league when David Stern took over as commissioner in 1984.

For instance, there wasn't a Canadian franchise among the league's 23 teams.

The salary cap was less than $4 million.

Some playoff games were shown on tape delay, not live.

Stern's death Wednesday brought a flood of tributes from NBA greats and others influenced by Stern the commissioner and Stern the man.

Here is a sampling of the reaction:

"I can not put into words what the friendship of David Stern has meant to me but many others. He changed so many lives. David was a great innovator and made the game we love what it is today. This is a horrible loss. Our hearts are with Dianne & their family. RIP my friend. @NBA"

Jordan released a statement through his publicist.

"Without David Stern, the NBA would not be what it is today. He guided the league through turbulent times and grew the league into an international phenomenon, creating opportunities that few could have imagined before. His vision and leadership provided me with the global stage that allowed me to succeed. David had a deep love for the game of basketball and demanded excellence from those around him -- and I admired him for that. I wouldn't be where I am without him. I offer my deepest sympathies to Dianne and his family."

"I remember one of my meetings with David in his NYC office working with him to improve the overall NBA and All Star Weekend," Johnson wrote. "It was very special that he asked me and we were able to collaborate and make improvements."

In another tweet, he wrote: "David Stern was such a history maker. When I announced in 1991 I had HIV, people thought they could get the virus from shaking my hand. When David allowed me to play in the 1992 All-Star Game in Orlando and then play for the Olympic Dream Team, we were able to change the world."

Bird, the Boston Celtics legend who later was head coach and president of the Indiana Pacers, said Stern's "brilliance, vision, fairness and hard work" had a far-reaching impact.

"When you think of all that he accomplished worldwide on behalf of thousands of players, so many fans, all of the jobs he created for team and arena employees and all of the people that benefitted from the many layers of growth in the sport and industry that David spearheaded and then passed on to others, there is no doubt Commissioner Stern lifted the NBA to new heights and he will be greatly missed by all of us," Bird said in a statement posted on Twitter.

"He was a man of great vision and energy who is responsible for the operational and business advancements that created the modern sports industry," Bettman said on Twitter. "David taught me how to be a commissioner and, more importantly, how to be a good person."

"David was a driving force in sports for decades and helped the NBA soar to new heights around the world," he said in a statement. "I called him the dean of commissioners, not only for his longevity and his vision for the NBA, but for his willingness to offer advice when I first started as NFL commissioner.

Scottie Pippen, who won six NBA titles with Jordan on the Chicago Bulls, called it a "very sad day."

He tweeted that Stern was "kind, thoughtful and almost always the smartest person in the room. He was an innovator who helped grow our sport into a global game and his impact will never be forgotten."

Pau Gasol, who shook the commissioner's hand at the 2001 draft and who won two NBA titles, also counted Stern as a friend.

"Today the #NBAFamily lost a legend, a leader that changed our game for the better. A father, a husband, a friend. RIP #DavidStern, you will forever be missed," he wrote.

Shaquille O'Neal said no other league had a better leader.

"The best commissioner to ever do it," he tweeted.

"Awful news about David Stern. He was a great commissioner--a better man. I was fortunate to know him well--even though he CONSTANTLY told me I was wrong about things," he wrote on Twitter.