The man with kind eyes 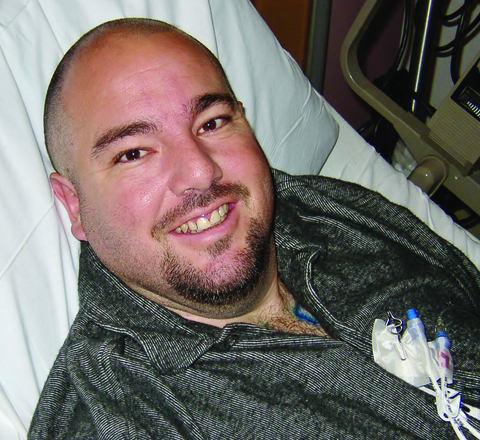 Growing up in my rural community, being gay wasn’t just sinful; it was something that didn’t happen to us. Gayness was only for city-folk and limp-wristed liberals, not for any of us in our Southern town of 2,000.

So, I knew that being gay was a bad thing and that we weren’t supposed to talk about it. Therefore, that is where my knowledge ended.

Fortunately, I grew up in the internet age. Soon, I was caught up in sorting through YouTube videos, Buzzfeed articles, blog posts, and anything else I could get my hands on. The internet was the only avenue I had to allow queer history into my life.

When I learned about the innumerable strong individuals who lived through so much pain, hatred, and suffering who were still able to rise above it, they became my lifeline. When I would lie awake at night, thinking, “How am I going to get through this?” I would lean upon the memories of people who had gone through it all before.

One of my favorite icons was an unnamed gentleman that I saw in a documentary about the AIDS epidemic. He wasn’t a celebrity, and he wasn’t rich or exceedingly handsome. He was just a man who was sick.

I cared so much about him because he had a smile on his face, he had kind eyes, and he had people surrounding him in his hospital room. They weren’t his mother or father, but they were people who loved him for himself. He showed me that even if I lost everything, I would still be able to smile.

That man, along with so many other people, laid the groundwork for my newer, far less naïve, life. By learning the narratives of heroes long passed, I was able to understand my feelings. Their frustration was my own. Their tears were the same as mine. Their strength is what I aspired to have.

Not only did I learn about myself through their stories, but they exposed me—a sheltered, white, southern teen—to problems I never thought were relevant to me.

Through queer history, I was exposed to the long and complicated history of race and gender within the United States. My queer heroes didn’t just make my understanding of gay culture larger but grew my knowledge of the world. They popped the tiny bubble I lived in, and I am so thankful for them.

Now, every day I wake up, I remind myself of my goals, and I remember those people, alive and dead. I aim to be as kind, as resilient, as strong, and as loving as those heroes who suffered so much so that I could be openly gay in the South.

I thank those of you who lived through what is my queer history. I cannot imagine what you have gone through, and you have made mine and so many other people’s, lives so much better. A person does not need to be famous, wealthy, or spectacular in any particular way to change the world.

Sometimes, someone’s life-support is just a man who is sick who has kind eyes.