Mark Seliger takes on the unsung in book of trans portraits 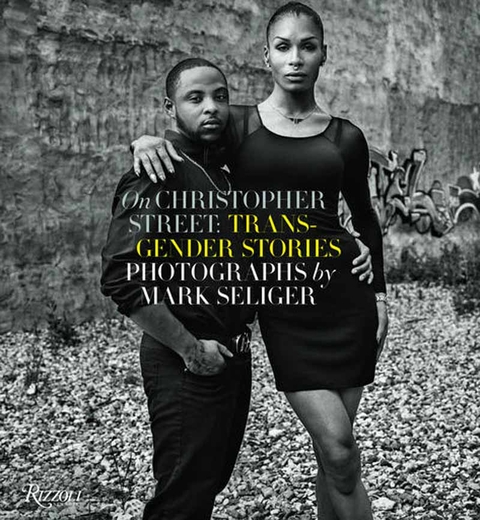 Mark Seliger's book, "On Christopher Street: Transgender Stories," a collection of 70 photos, comes out this month. Rizzoli via AP.

To mark the moment, the popular bar and haven for homeless youth, sex workers, trans people and others in search of community and self was designated a national park in June by President Barack Obama.

It's against that backdrop that longtime resident of the Greenwich Village neighborhood, famed photographer Mark Seliger, decided on a new book, On Christopher Street: TransgenderStories, a collection of 70 portraits he took on the street over the last three summers, at a time the area has rapidly gentrified.

Since the 1980s, Seliger has made his living capturing celebrity in portraiture, from Kurt Cobain to Obama himself — the latter twice for the cover of Rolling Stone. This time, he wanted to focus on the unsung and highlight the "carnival," as Seliger writes, of gender expression in an area he has called home since 1997.

He enlisted trans activist and writer Janet Mock to write the foreword. She, too, has had her brushes with Christopher Street, after moving to the city as a graduate student. Her first encounter?

"It was to help a friend get a fake ID, and I got a new belly ring," she laughed.

Like Seliger, she worries that rising real estate prices and wealthier residents will push out the transient and non-gender conforming populace that has gathered there for decades.

Among Seliger's subjects is a trans man who learned he was five and a half months pregnant, having gone off his hormones for top surgery. And there are two siblings who transitioned together, fretting over how their parents would take it. Others recall the Christopher Street piers, where Egyptt Labieja told Seliger it once was "just cars and people doing all kinds of ungodly things. It was scary, but it was also exciting, because it was something new and I saw another part of life."

Seliger's book, from Rizzoli, is out in October.

A conversation with Mark Seliger:

Associated Press: In nearly 30 years, you've photographed some of the greatest cultural figures of the time. This is a departure as you focus on uncelebrated folk, and on a street.

Seliger: It was pretty much a documentary-style experience, where we would go out in the evenings and photograph people.

My interest really had to do with recognizing that it was gentrifying over the last several years, that a lot of the area had started to vanish. And I wanted to experiment.

AP: How did you experiment?

I also pressed myself into that uncomfortable world of asking people if I could photograph them, and really challenging myself that way. I'm an editorial photographer and I also do some advertising work.

To actually take a definitive subject matter and develop it photographically, documentary style, is different.

AP: Where does the neighborhood fit into the history of the city's trans community?

Seliger: It really was in the '60s. It was the Ellis Island for a variety of people in terms of what is now the LGBT community. I always had seen that one street as being this amazing safe haven for a lot of people that had just moved here.

We found there was a real variety of trans people that were homeless and also people that were experimenting and going out to meet other people. It's a welcoming area. There's a nightlife there, there's places that people have frequented for years. Stonewall, for sure.

AP: What is the significance of Stonewall — not only the riot but the place itself?

Seliger: For four decades it served as a safe place for the LGBT community. What was kind of amazing was this whole Obama moment this year, where he made it a landmark.

I think that the neighborhood is really starting to vanish as it gentrifies. I think that has a lot of concerns for people that we were photographing. There's a curfew on the piers and certain exits are closed at certain times of the time, and real estate prices are way up.

AP: What did you learn about the trans community and the neighborhood?

Seliger: It's sad for me to see what I find is kind of the balance of this neighborhood vanishing, that there is not a secure spot for people to come and express themselves and to be accepted and to move freely through.

By presenting the portraits to people in all parts of my life, I would say 90 percent of people that I shared them with had some connection to the trans experience, was involved with a friend or a family member that was dealing with their own transition. That was pretty amazing to me.