May the mixing be in your favor 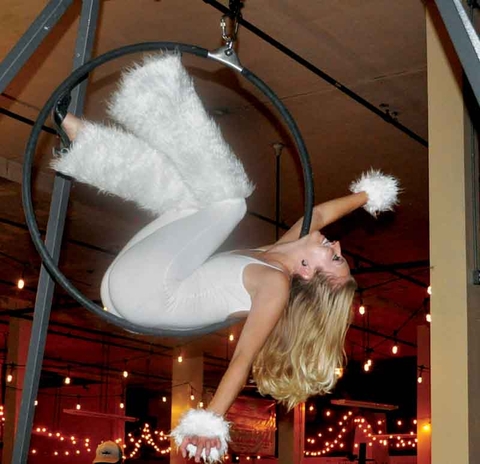 “I know and have seen people impacted by HIV and AIDS since the ‘80s when it was more of a death sentence,” says Bret Streetman, co-chair of Bar Wars VI and board member of Other Options, Inc.

For Streetman, the importance of the event goes beyond just the logistics of fundraising.

“I’ve seen how important it is to have the kind of support that Other Options provides. It’s near and dear to my heart because I know so many affected by HIV and AIDS. It’s important to have an organization out there to make sure people get the care and support they need.”

Now in its sixth year, Bar Wars is promising to be OKC’s premiere fundraising event of 2017.

“Personally, I feel like I’ve seen it grow from a smaller, fun, unique event in the city to one of the most major fundraising events. From the people I’ve spoken with who’ve attended, they feel as though it’s one of the neatest things put on in terms of fundraisers.”

Beginning in 2012, Bar Wars began as a way to raise funds for Other Options and Friends Food Pantry.

“One of the major things for Other Options’ customers is the food pantry,” says Streetman. “It’s like going to a grocery store. There are all kids of healthy options, including fruits, vegetables, meats, cereals and grains, etc.”

In addition to supporting Other Option’s food pantry, funds also support a Humanitarian Medication Program and a mental health service that addresses the mental health needs of community members.

For those who are attending or interested, the bartender lineup does not disappoint.

“Each year, it seems like the ‘want’ to participate in it, and go to it, has grown,” according to Streetman. “I’ve been told that having one of the trophies on display at your bar is quite a bragging right.”

Thus far, bars attending include: Noir Bar, The Pump, The Bunker Club, Guyutes, Blue Label Bartending and Manhattan. More will be added to that list.

“When you register, you get a punch card with all bars and drinks listed,” says Streetman. “You go to each station, and they punch your card when they give you their drink so you can try each drink and experience each bartender. At the end of the night, you get to vote for who you think had the best signature cocktail and which bartender had the best flair service. We tally the votes, but it is a 100 percent guest driven process.”

Better yet, as the theme of Bar Wars this year is “Boot Camp”, Other Options is giving a 20 percent discount off general admission ticket price to those in attendance with a military ID.

Overall, the event raises funds for a good cause, showcases local business and talent and brings the community together for a night of fun.

“This event not only raises much-needed funds to help accomplish the mission of Other Options, but also raises awareness in the community that there is both a need for this type of service and a huge desire to provide it,” says Streetman.

“And let’s face it, what’s more fun than watching bartenders from the most popular venues in town battle it out to see who can make the best cocktail?”

The event this year will be held at the OKC Farmer’s Market located at 311 S. Klein Ave OKC, OK. Those interested can purchase tickets for $50 at www.bit.ly/gayly33.