Medical marijuana surges ahead in Oklahoma 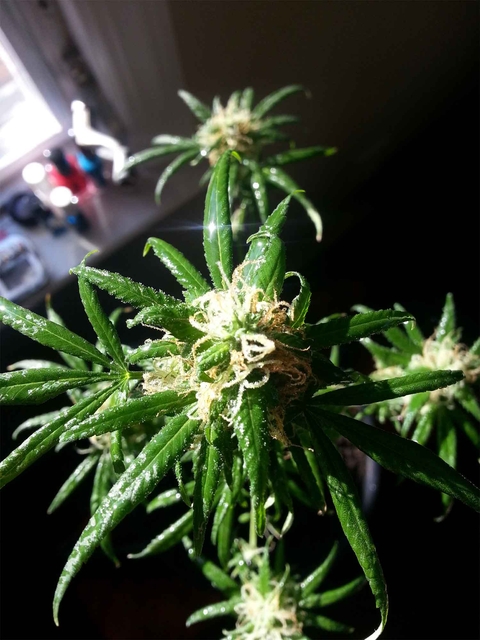 Oklahoma medical marijuana license holders can grow their own at home. File photo.

If you live in Oklahoma and are seeing a lot of stores with medical marijuana (MMJ) signs on them, it’s not your imagination. In one stretch of busy street in Northwest Oklahoma City, there are at least six stores already identified in one mile.

And it’s not just happening in large cities in the states. News reports abound about stores getting ready to open in smaller cities and towns.

The only thing missing is a good supply of product. The law legalizing medical cannabis was passed June 26, and growing became legal in late August. The law requires that any product sold in the dispensaries be grown in Oklahoma, so a good – and reasonably priced – supply of legal pot is probably months away.

For the time being, wholesale prices of medical marijuana have reached $3,500 to $4,500 per pound. That has resulted in retail prices for an ounce of flower to reach $400 or more. By comparison, the same amount in Arizona is less than $200.

Oklahoma’s law is perhaps unique among state laws legalizing MMJ. The law passed overwhelmingly by voters sets no medical conditions for obtaining a license. The patient only needs a form signed by a doctor that certifies MMJ will help them. With that form, a $100 fee, and a passport style picture, patients are getting their licenses in little more than a week.

The law prevents local governments from regulating dispensaries beyond what the state law provides. Several cities and towns have tried to pass regulations anyway, but state courts have routinely ruled against them.

Many local governments, including Oklahoma City,  have reduced fines for possession without a patient’s license to the $400 allowed by the state law, and changed their rules from arrest to a ticketable offense.

According to the Oklahoma Medical Marijuana Authority there have been 25,000 patient applications and 2,525 business applications received as of December 10. Over 18,000 of the patient licenses 754 dispensary, and 1,206 grower licenses have been approved.

Chip Paul, chairman of Oklahomans for Health and a principal author of the MMJ ballot measure, says he expects the patient count to be 80,000 by the end of 2019, according to an article in MJbizdaily.com.

The website said that according to the Medical Marijuana Business Factbook 2018, annual dispensary sales in Oklahoma are expected to total $150 million to $250 million.

Persons with patient licenses can also grow their own plants, with a limit of six mature plants and six seedlings at any given point in time.