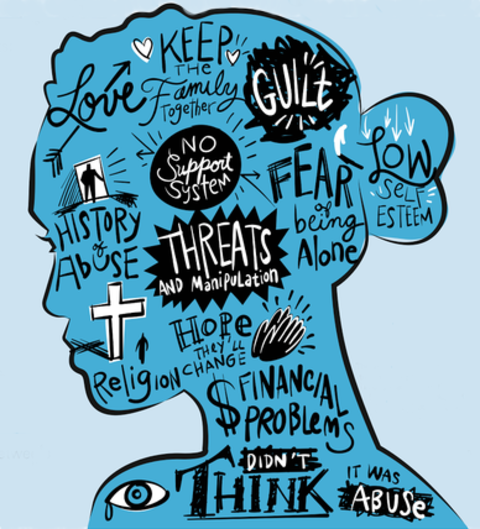 (Trigger warning: Domestic violence)
The LGBT+ community has long been underrepresented in traditional domestic violence and sexual assault services, which has led to staggering rates of sexual assault. While mental illness is not the cause of sexual violence, services like therapy are an essential element in the journey toward recovery for many survivors.

Anxiety, depression, panic attacks, PTSD and substance abuse, are some of the most common struggles faced by survivors. In fact, studies have shown that 54-84 percent of women who have experienced domestic violence are diagnosed with PTSD directly related to the violence, and 94 percent of women who are raped or sexually assaulted exhibit symptoms of PTSD in the month following their assault.

At least half of all transgender individuals will be sexually assaulted in their lifetime. If you are a transgender woman of color, your chances of rape or assault skyrocket and the severity of violence increase exponentially. If you are a transwoman of color, your life expectancy is barely 35 years, and that number directly correlates to the frequency and severity of sexual violence perpetrated on transwomen of color.

Contrary to the disproportionately high rates of sexual assault, rates of domestic violence and intimate partner violence in the LGBT+ community is comparable to heterosexual relationships. LGBT+ people of color are more likely to report experiencing severe physical violence, discrimination, threats or intimidation and harassment because of intimate partner violence. This intersection of marginalized identities escalates the severity of violence.

Access to safe, supportive mental health services for LGBT+ survivors of sexual violence is a human right that has been too often denied throughout history.

As our understanding of the dynamics of sexual violence increases, so too does our awareness of the historical oppression that has been faced by LGBT+ survivors of sexual violence. LGBT+ survivors have often been neglected by traditional domestic violence and sexual assault agencies, which further marginalized the community and limited access to much-needed services.

Agencies are learning to recognize these multiple layers of oppression that affect each client beyond their walls and work to create a safe place for all survivors of sexual violence to heal from their trauma and thrive in future relationships.