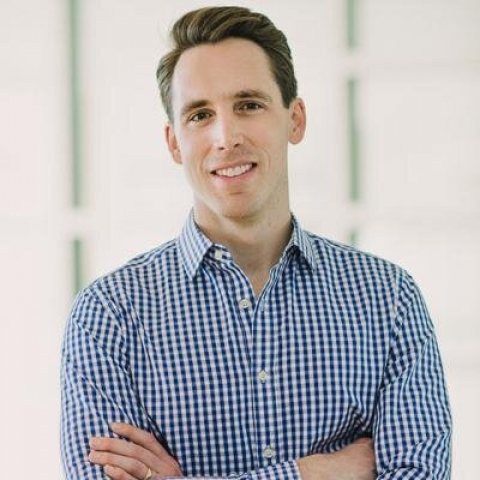 Josh Hawley also represented Hobby Lobby in their case with the Supreme Court. Photo by PoliticoMO.

CAPE GIRARDEAU, Mo. (AP) — A Republican candidate for Missouri attorney general is denouncing the jailing of a Kentucky clerk who refused to issue marriage licenses to gay couples.

Hawley said in a public statement that if elected, he would issue a legal opinion "protecting county clerks, other local officeholders and businesspeople of faith to the maximum extent possible under Missouri law."

Hawley is a University of Missouri School of Law associate professor. According to the University of Missouri School of Law website, Prof. Hawley Involved in the Supreme Court Hobby Lobby Case. "Hawley believes the case is ultimately about whether citizens may operate their businesses in accord with their moral convictions. 'The government claims that people who run for-profit corporations do not have religious liberty rights when it comes to managing their businesses because for-profit corporations have nothing to do with moral convictions,' said Hawley. 'They’re about profits. That’s a profoundly troubling argument,'” Hawley claims.

Information from: Southeast Missourian, http://www.semissourian.com and the University of Missouri website.

Copyright 2015 The Associated Press. All rights reserved. This material may not be published, broadcast, rewritten or redistributed.
The Gayly - 6:50am CST 9/7/2015