Moments that define us 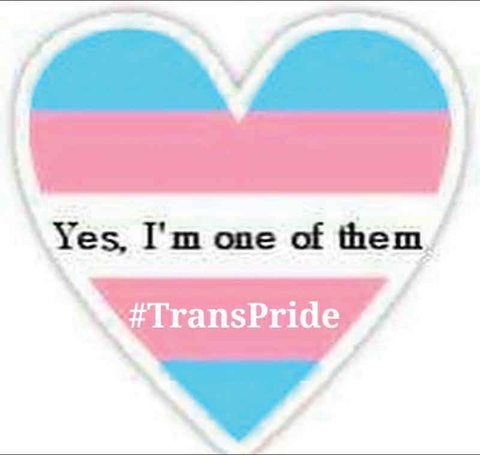 In the late 90’s to early 00’s there was a re-make of the TV series The Outer Limits. For those who are unfamiliar with it, the shows often had a sci-fi theme with a bit of a horrific revelation at the end.

In one episode called Skin Deep, a stereotypical nerd utilizes a holographic projector to change his appearance and win the woman of his dreams. Of course, the plan works briefly and eventually backfires tragically. The ending comment narration read, “In a world where we’re told we can be anything we want to be, the one thing that remains most elusive is the ability to be ourselves.”

The crux of the story is that the nerd just wanted the girl to love him as he was. For me, even before I rediscovered my female self, this touched a nerve. I put that ending comment on my blog, made it my email signature and more recently applied it on a bumper sticker featuring the transgender flag.

The story is topical to anyone struggling to be their authentic self. It speaks to hurdles we jump through just to please those around us while completely disregarding our own identity and mental health. Why do we inflict this self-torture on ourselves? The reasons are likely wide ranging, but for me it’s always boiled down to the acceptance of our peers and loved ones.

Who among us hasn’t been around someone we hold in high regard and heard them mutter something derogatory about people in the spectrum? We may have been young and not yet knowing where we fall in that spectrum. Whether we know it or not, this moment defined us. It created the groundwork for denying our identities for the sake of preserving the relationship we have with that loved one.

By the time we’ve realized our gender identity or sexual orientation(s), this is the moment we need to be honest with those people. Their callous statements regarding those within the spectrum are based on a limited perception of the community. Those who are not a part of it cannot take it at its face value without either choosing to learn or be taught.

In the latter instance, you must become the ambassador. If these people don’t come to realize that the person they’ve known and loved for years is LGBT+, then their views of the community will always be skewed. It’s imperative that we stand up and say, “you love me, right? Well, I am…do you still love me?” In this moment, it’s important to remember that conditional love isn’t actually love.

If we can never be open about ourselves to the people who matter most to us, then we affirm that the thing eluding us truly is the ability to be ourselves. If we can stop living our lives to the expectations of others, then we have the potential to not only educate people who don’t know better, but also find happiness within ourselves. Never let anyone make you feel ashamed of being honest. At the end of the day the love you have for yourself must never be defined by another.